Neurot Recordings have announced details for THREE Neurosis-related releases in the next two months! First up, a new solo album from the mighty Scott Kelly, who will release The Wake on May 5th, his first release in the seven years since his debut Spirit Bound Flesh. Two weeks later, the world's most intense elementary school teacher Steve Von Till drops A Grave is a Grim Horse, his first non-Harvestman release in six years (Harvestman recently collabo'd with Fear Falls Burning). More details on A Grave Is A Grim Horse can be found here. The third we knew about, but has now gone official: A Storm Of Light's debut And We Wept the Black Ocean Within will be released on June 2nd. Read our recent interview with Josh Graham here.

Tickets for the previously mentioned second At The Gates show go on sale Thursday April 3rd at 10 AM here. Tomas Lindberg's other band, the mighty Disfear, have announced a few more dates, including another show in Brooklyn at Europa on May 22nd with Trap Them and Bloodhorse! Ticket info for Disfear at Europa isn't available, but there are still tickets for their show at the Knitting Factory. New tour dates are down below. 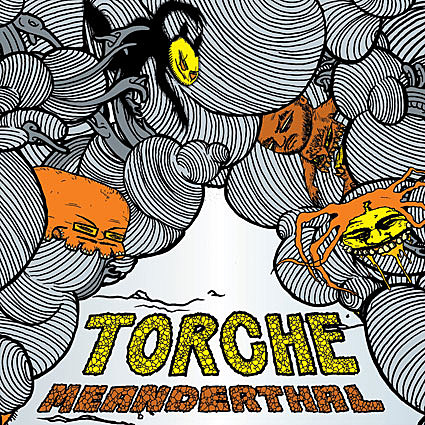 As previously announced, The Sword, Torche, and Stinking Lizaveta are hitting up the Music Hall Of Williamsburg, but now we know it is part of a full-blown tour together! Tour dates below. The video for The Sword's "Fire Lances Of The Ancient Hyperzephyrians" premiered on Stereogum recently, the song is downloadable above, and check out their entire album streaming on myspace. The Sword's Gods Of The Earth is out now on (my thoughts below) and Torche's Meanderthal is coming April 8.

Jacob Bannon (Converge) has released his first material as a solo artist: a new 7" entitled The Blood Of Thine Enemies. It's one song, it's only available on 7" (and not on his forthcoming solo L.P., nor his Dwid collabo), side B is blank with an etching, and it is limited... oh so limited. One color is now sold out and that means only another 3 to go. Pick it up now before the copies start trickling out on eBay. In other news, Jacob Bannon casually announces a new Converge album is in the works.

Belgium's Amenra have announced a short tour of the US, including shows with Sanford Parker's Minsk (who is re-releasing Out of a Center Which Is Neither Dead Nor Alive on CD via At A Loss), Rosetta, and one with Battlefields and Starkweather at Lit Lounge on May 12th! Stream the new track "Razoreater" from the upcoming Mass IV at their MySpace and check out the video.

Crom (mems Despise You) have announced a new split 5" with Agorophobic Nosebleed (featuring Scott Hull of Pig Destroyer fame). Iann Robinson also has an interview with Phil Vera over at Nonelouder. If you haven't already, pick up a copy of Hot Sumerian Nights available at their MySpace. 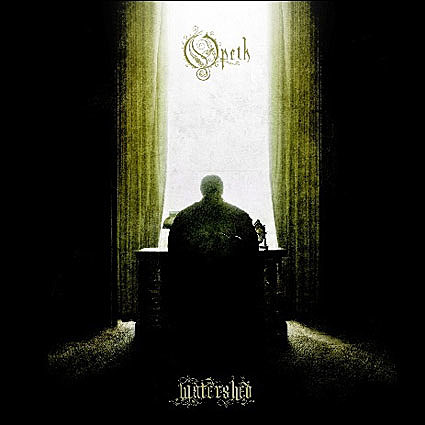 So starting this week, I will highlight some new heavy releases that are worth your time in a segment called "Punishment Due" (named after my favorite Megadeth song, natch). This week, we will concentrate on new releases and catch up on 2008 YTD.

PUNISHMENT DUE: (This week and the one past)
- The highly controversial record by The Sword, Gods Of The Earth, finally hits record store shelves today. Although some of Gods criticisms are correct (it IS overhyped, it IS not a progression upon the last), it doesn't change the fact that it IS a damn fine slab of metal and worthy of repeated spins.
- In Flames new one, A Sense Of Purpose, hits the shelves as well today, and if you are a fan of their "progression" (me = not) post-Clayman, then you will probably dig it too. That said, there are still a few decent tracks
-Nadja's Skin Turns To Glass is a massive slab of volcanic ash and fire... spitting and calming, then exploding again. The only question is, should you buy this one, or any one of the other six trillion records they have in the pipeline?
- The new Cavalera Conspiracy, Inflikted (spellcheck much?) is out on Roadrunner and if you have ever been a fan of the Cavalera's work, it's definitely worth a listen. A truly brutal return by two guys who had settled into a borderline MEH-tal groove in their respective bands. Plus, any band with Joe Duplantier is worth a listen.
- Lair Of The Minotaur's new War Metal Battle Master is a hunk of pure mayhem. Why these guys aren't on tour with the big guns is beyond me, but for all of us who have our tickets to their show with The Ocean & Kylesa, let's do like Built To Spill and keep it like a secret.
-The new one from Cursed, III: Architects Of Troubled Sleep, is an absolute frenzy of kinetic hardcore/metal pugnacity delivered with raw emotion. I think it is pretty well known how I feel about them, so guys... get the f- down to the US, aight?

PUNISHMENT DUE, STILL: (2008 so far)
- Disfear - Live The Storm: It's been almost five years, doesn't that technically make it two triumphant comebacks for the man?
- Nifelheim - Envoy Of Lucifer: Who ever said old school satanic black metal can't be fun?
- Wildildlife - Six: Kind of cheating here (came out in Dec of 07) but Sixis a frightening carnival ride of a record. With killer riffs.
- Genghis Tron - Board Up The House: A new heavy.
- Meshuggah - ObZen: A stunning, challenging and jaw-droppingly technical record. A must.
- Capsule - Blue Album: An acrobatic feat of a post-hardcore punk album. More on these guys very soon.
- Graveyard - Graveyard: An excellent debut from these 70s nostalgics.
- Jarboe & Justin Broadrick - J2: About as good as you think it might be, but not in the way you might think.

In "honor" of the reformation of Biohazard, check out my fave song (and video, and record) by the guys. Here's to ruining fond memories.

Tom from Celtic Frost onstage with 1349 performing the Celtic Frost classic "The Usurper" at the Inferno Festival in Norway on 3/22.

NEWS BLAST (Beats)
- System Of A Down frontman Serj Tankian will hit Terminal 5 on May zzzzzzzzzzzzzzzzzzzzz. Sorry about that, dozed off. Thats May 14, get your tickets (available as of 3/28) here if you must.
- Pitchfork is killin' it this week, as their Show No Mercy column hits us with a one-two punch of interviews with Swedes Disfear and Meshuggah!
_ Trash Talk have ,completed their new album with Steve Albini.
- Swedes Burst are currently at work on the followup to their critically acclaimed album Origo expected this year on Relapse.
- Nachtmystium is streaming a third track, Worldfall on their MySpace. Their EP AND LP are on the way!
- Check out what might be the most METAL video of all time, the awesome (and very NSFW) video for "War Metal Battle Master" the title track off the new Lair Of The Minotaur record. How can you go wrong with a iron-clad warriors, a blood-soaked fight to the death, and naked women consuming the fallen's flesh!
- Cult Of Luna has COMPLETED recording of their new album!! Check out photos from the sessions here.
- Part 2 of Metalkult's interview with Blixa Bargeld of Einsterzende Neubauten can be found here.
- Japanese screamo-meets-post-rockers Envy will release a live DVD on Temporary Residence. Currently available for pre-order, this two hour DVD contains 17 live songs, music videos, and additional footage that spans the length of their very long career. Preorder Transfovista here.
- Nifelheim's Tyrant & Hellbutcher sat down with MetalCentre to discuss their badass new album Envoy Of Lucifer. Check out the interview here. Any band with a drummer named Insulter Of Jesus Christ has gotta be worth a listen or two.
- UK doom legends My Dying Bride are working on a new album.
- Anaal Nathrakh has announced a few more tour dates in addition to the previously announced dates at Maryland Deathfest, including one date with current metal whipping post Cryptopsy. (Thanks Vince!) Dates are below...
- The Philadelphia Weekly did a profile of Blacklisted, who are about to kick off a tour in support of their new album, including a pair of shows in NYC. Check out the PW piece.
- In Flames is currently streaming their new album in its entirety on their myspace. A Sense Of Purpose comes out on April 1.
- Bay Area thrashers Death Angel have announced a tour with God Forbid in tow, including a couple of dates with Testament (who are touring on their own) and a show at B.B. King's on June 11 with Soilent Green (who are out with Hate Eternal & Skeletonwitch) and Light This City. Tickets are on sale. Tour dates below.
- Obituary have cancelled their previously announced tour. No word on a rescheduling (tentatively Sept 08) or reasons thus far.
- Official dates for the Rockstar Energy Mayhem Festival with Mastodon, Dragonforce, The Red Chord and others (-ugh- Slipknor, Disturbed, Suicide Silence, Underoath)have been released. Check em out below.
- Tour dates for the aforementioned Summer Slaughter Tour with Black Dahlia Murder, Kataklysm, Vader, Cryptopsy, The Faceless, Despised icon, Aborted, Born Of Osiris, Psycroptic, and Whitechapel have also been released. The Irving Plaza show on June 26th and Starland Ballroom show on the 28th are both on sale. Full tour schedule below...