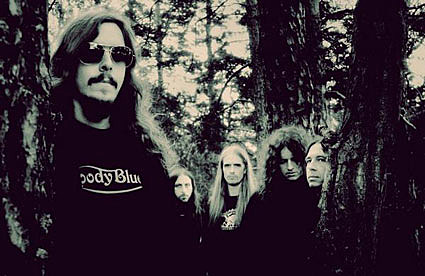 Twenty six. Thats how many days we have left until the new Opeth record hits the streets. Mikael Akerfeldt & the boys have put in WORK when it comes to publicity for this record so check out a few interviews that they did here, here, here, here, here, and a seven-parter here. Whew! And here's a taste of their setlist from the Universal City, CA date (May 2nd) of the Progressive Nation Tour:

Tickets are still on sale for Opeth's two shows at Terminal 5. We have a pair to giveaway too. Want them? Email BVCONTESTS@HOTMAIL.COM (subject: Opeth). Include your first and last name. One winner will be picked at random and contacted.

More dates have been added to the Cavalera Conspiracy tour.... check for the full tour dates below. Missed the presale? Don't worry, tickets are back on sale as of Friday morning @ 10am.

Speaking of the Cavaleras, check out the cover for the new Soulfly record Conquer here, as well as the tracklisting below. Conquer will feature guest appearances by David Vincent (Morbid Angel) and Dave Peters (Throwdown).

Speaking of two nights at the venue formerly known as Irving Plaza, tickets are still on sale for the first of two At the Gates reunion shows. The second night is sold out. 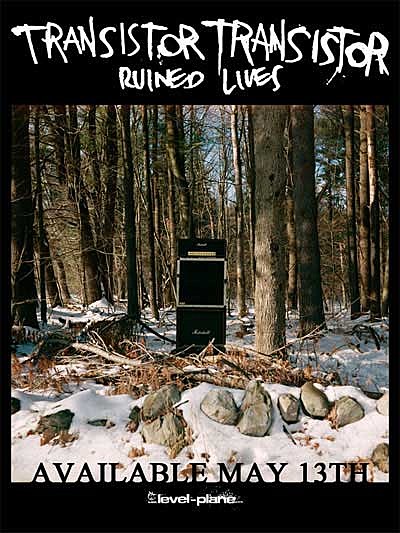 Transistor Transistor unleash Ruined Lives upon 5/13 via Level Plane, with LP versions to follow (40 of 150 left in gold and 350 in black) in mid-June. In the meantime, check out "Letter Of Resignation" over at their myspace and catch them at one of their three (!) NYC area shows, including two with fellow New Hampshire-ites Trap Them. All tour dates below.

Cover art from the aforementioned Narrows 7" 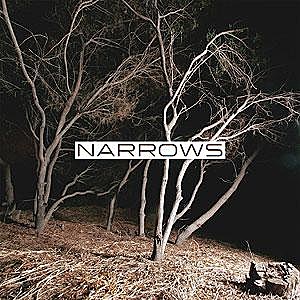 Iann Robinson with High On Fire from the New England Hardcore & Metal Fest.


"Conan Crushing Doom"-ers The Gates Of Slumber have a new chest-thumper, Conqueror, scheduled for release on May 27th (two MP3s are available for download here), but their latest is a 7" split with Crowning Glory available at Rise Above Records. Scoot on over to Rise Above to pick up Moss's new one, Sub Templum as well.

Thrashers Short Sharp Shock (aka SSS) are cranking away at their new album, but have posted an update of their progress in photo/video form here.

An Interview with Tomas Haake of Meshuggah

Jon Chang (ex-Discordance Axis) has announced tour dates for two of his new bands (Hayaino Daisuki & Gridlink) in August, bringing along local badasses ASRA for the ride. Full tour dates are below, including one date at The Charleston on August 14th. In addition, Gridlink has announced that they will release Amber Grey via Hydrahead (the home of Hayaino Daisuki) on June 20th and have posted "Black" for preview on their myspace. Hayaino Daisuki's Headbanger's Karaoke Dangerous Fire is out now, check out my thoughts on it and ASRA's new one below.

Phobia are grinding (rimshot!) away at their new record, wth 22 songs in the bag and only the art to go! Look for it soon on Willowtip. Meanwhile, catch Phobia at one of their TWO NYC dates scheduled so far.

Shipwreck AD has announced a US tour, including dates at the As One Fest in Connecticut with Underdog, Reign Supreme, Blacklisted, Cold World, Mongoloids, and many many others! Full tour dates are below, pick up tickets for the As One Fest at their myspace. 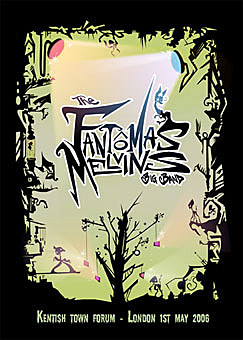 PUNISHMENT DUE
- Trees - Lights Bane: A testament to thundering doom in the vein of Khanate or Bloody Panda but with an occasional tendency to ride those thick chords out to drone heaven.
- Gnaw Their Tongues - An Epiphanic Vomiting Of Blood: Like I said before, GYT is a harsh combination of the most frightening parts of black metal, noise, horror film scores, and doom, and An Ephiphanic Vomiting... is just plain scary. If you don't have this already (and you probably don't, unless you own one of the 100 CDRs or the 499 LPs released), it's definitely worth a spin.
- Hayaino Daisuki - Headbanger's Club Dangerous Fire: - Kind of late on this one, but this is one of two new Jon Chang (Discordance Axis) projects, the other being Gridlink. Abso-tively posi-lutely (read the following in your best Nathan Explosion voice) bruuuuuuuuuuuutal. The only compaint that I have here is that I need MORE. Soon.
- ASRA - The Way Of All Flesh: Good. Looord! Speaking of Discordance Axis, these deathgrinders (and NYers) have put together a ravenous flesh-eating virus of an album that draws upon DA, Napalm Death, and classic power violence. Hide your f'ing children.
- Burzum - Anthology: I'm kinda conflicted about this one, because although it is an almost essential Cliffs Notes guide to early black metal and the twisted mind of Varg Vikernes, the guy is pretty much a total nutjob. That said, enjoy this excellent compilation, but take a shower afterword.

NEWS BLAST (BEATS)
_ Don Caballero is currently working on a new album for Relapse, but have scheduled a show at The Knitting factory on August 23rd. Tickets are on sale.
- Shai Hulud has announced a show with local metalcore dudes Full Blown Chaos at the Knitting Factory on August 27th. Tickets are on sale.
- Tom Fischer ex-Celtic Frost)is working on a new black metal album!
- Roadburn has released a split 10" from american doomsters Lesbian (winner of worst band name ever) and Ocean (notice that "The" is missing). Pick it up at Allthatisheavy.
- Video has surfaced from the Hate Eternal/Soilent Green/Skeletonwitch show at BB Kings last month. Check out Hate Eternal as they rip through "Bringer Of Storms", "The Obscure Terror" and "Behold Judas" here, and Soilent Green ripping through four songs here.
- The previously mentioned Type O Negative shows with Kingdom Of Sorrow have been rescheduled, check the new dates below. The Terminal 5 date with Hatebreed remains unaffected and is still on sale.
- Joey Belladonna hits Europa sans Scott Ian and Charlie Benante playing a set of all Anthrax songs. The show is this Tuesday and tickets are on sale. In related news, Stephen Pearcy, much like Belladonna, still has the nerve to tour and play only songs by his old band (Ratt). Catch him... in Yonkers on Sunday (at the same venue Joey then hits a few days later).