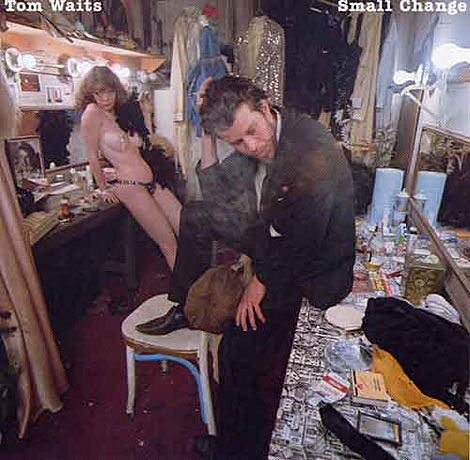 When it comes to licensing, Tom Waits has a strong reputation..

Waits has steadfastly refused to allow the use of his songs in commercials and has joked about other artists who do. ("If Michael Jackson wants to work for Pepsi, why doesn't he just get himself a suit and an office in their headquarters and be done with it?") He has filed several lawsuits against advertisers who used his material without permission. He has been quoted as saying, "Apparently, the highest compliment our culture grants artists nowadays is to be in an ad -- ideally, naked and purring on the hood of a new car," he said in a statement, referring to the Mercury Cougar. "I have adamantly and repeatedly refused this dubious honor....

...In 2005, Waits sued Adam Opel AG, claiming that, after having failed to sign him to sing in their Scandinavian commercials, they had hired a soundalike singer. In 2007, the suit was settled, and Waits gave the sum to charity." [Wikipedia]

Speaking in an interview in 2005 to NPR's All Things Considered, Waits bluntly says "I'd rather have a hot lead enema" than have a song in a commercial. At the time he was referring to products like Doritos, cars and diapers. His stance isn't as strong when it comes to a good cause. His song "Never Let Go" is the soundtrack to a new PSA by the Ad Council for Feeding America.

Created pro bono by Ogilvy NY, the new TV, radio, print, and web advertising aims to change the way Americans look at this critical issue affecting our country and to understand the fact that many people they interact with on a daily basis may not know where their next meal will come from...

"We are thrilled to partner with Feeding America to educate Americans about just how close hunger is to each one of us," according to Peggy Conlon, President & CEO of The Advertising Council. "I believe that the 1 in 8 campaign will inspire Americans to become involved in this critical issue."

"This work uses simple visual imagery to demonstrate the reality of the fact that everyone today knows someone who is hungry," said Antonio Navas and Chris Bradley, creative directors at Ogilvy who developed the campaign. "We were very fortunate to get musician Tom Waits to contribute a beautiful piece of music - "Never Let Go" off of 2006's Orphans -- that helps bring the work to life and connect with the public in a tangible way. We believe it will have great impact on this important cause."

Per the Ad Council model, the PSAs will be distributed to media outlets nationwide this week and will run and air in advertising time and space that is donated by the media.

Waits says of the project: "We all need to be reminded that the folks who need help getting back on their feet are all members of our family." Watch the two different PSAs below.

Another band that usually passes on licensing requests for its music is Arcade Fire. The Canadian band decided to let its song "My Body Is A Cage" be used in the trailer for the new Brad Pitt movie, The Curious Case of Benjamin Button.

According to the Arcade Fire's management, "This is the first time the band have used their music in this way. David Fincher asked them to look at the trailer. They all thought it was a good use of the music. They have no issue with licensing music when it's used in a creative way. It rarely happens." [Pitchfork]

Watch the trailer below.

The soundtrack to Juno continues to inspire advertising creatives. One of Barry Louis Polisar's songs from that soundtrack, "All I Want Is You", gives it a go in a spot for the National Lottery in the UK. The commercial can be seen below.

I've seen the commercial for Ubisoft's new Prince Of Persia game on air this past week. Just like the trailer (watch it below), the spot features the song "Saeglopur" by Sigur Ros. This is the second video game featuring Sigur Ros music - EA's trailer for Dead Space (released in October 2008) uses "Track 7" as the soundtrack.

Sony has released quite a few new commercials recently for both the PS3 and PSP that have good musical soundtracks. The "Mural" spot features "Everybody Ona Move" by Michael Franti & Spearhead, "LA Plays PSP" has The Grouch featuring MURS' "The Bay To LA", and "NYC Plays PSP" uses Chromeo's "Fancy Footwork". Watch the last one below.

On the tube, Chuck used Love As Laughter, Datarock, Ra Ra Riot, and Sam Sparro over the past two episodes. CSI had The Platters' "Smoke Gets In Your Eyes"; CSI used The Rolling Stones and Mazzy Star; Cold Case was music-centric with Smashing Pumpkins, Kanye West, The Roots, Groove Armada, and Bob Dylan all being played in the most recent episode. Gossip Girl used Deerheart, Windupdeads, and Asteroids; Blonde Redhead was used in NUMB3RS; Eli Stone went classic with both Talking Heads and The Police; Radiohead licensed "The Reckoner" to Life.

Two of the most iconic sportswear/lifestyle brands, Adidas and Nike, are currently putting forth amazing commercials. Adidas dropped its first ever US television advertising for its Original lifestyle line a couple weeks back chock full of stars: Missy Elliott, The Ting Tings, DMC, Katy Perry, Method Man as well as sports stars David Beckham and Kevin Garnett, and more ,celebrate the brand's 60th anniversary with a bangin' house party. More plus the video over at Songs For Soap.

Nike's new "Chalk" spot centers on LeBron James' pre-game chalk ritual and his ability to influence. Little Wayne makes a cameo during the commercial but the music is Cornershop's 1997 jam, "Candy Man". Watch the spot below then check out this enlightening breakdown of the meaning behind the commercial.

Another big lifestyle brand, Stüssy, recently did a collab with NexusVII on two Nas t-shirts. Check them out over at Hypebeast.

IPhone game developer Tapulous continued to bolster its mobile music game offerings recently by releasing special versions of their popular game, Tap Tap Revenge, by both Weezer and a select group of hot dance acts. Christmas with Weezer debuts six christmas song versions by the band plus two bonus tracks. Tap Tap Dance features songs by Daft Punk, The Chemical Brothers, Digitalism, and Moby. Both are available in the App store for $4.99 ea.