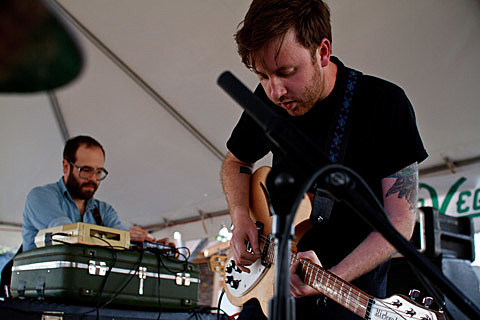 Post rockers This Will Destroy You released their fourth album, Another Language, earlier this year on Suicide Squeeze, and have now announced more tour dates into 2015 in support of it. The tour includes a two-night stand in NYC at Saint VItus on February 26 and 27, presented by BrooklynVegan. Openers for those shows and will be announced soon, so stay tuned. Tickets for night 1 and night 2 are on sale now. All dates are listed below.

Most of the other dates are with Cymbals Eat Guitars, who will be in NYC themselves this week on their tour with Alex G. That tour hits Knitting Factory on Friday (12/12), and tickets are still available. Alex G also just put out a video for "Harvey" from this year's DSU. Watch it below.