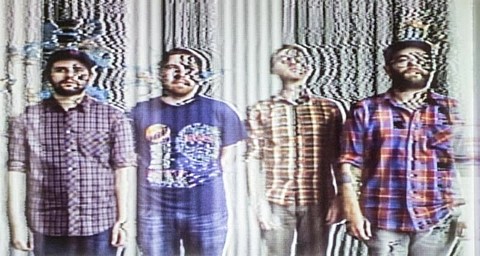 Last year, post-rockers This Will Destroy You put out their latest album, Another Language, and now they've made a video for its track "New Topia," directed by Lilfuchs aka. Adam Fuchs. Watch that below.

The band's tour is starting soon, beginning with a BrooklynVegan-presented two-night stand at Saint Vitus on February 26 & 27. Night 1 is with Sannhet and Planning for Burial (sold out) and night 2 is with Christopher TIgnor and So Hideous (tickets). The rest of the tour is with Cymbals Eat Guitars. All dates are listed below.

In related news, Sannhet recently put out the title track off their upcoming album, Revisionist, due 3/3 via The Flenser. Listen below. They were also added to several dates on Liturgy's tour, but not the NYC show (still no opener for that one). All of those dates, also below.

So Hideous also have two other NYC dates coming up. One is this Friday (2/13) at Saint Vitus opening for German post-metal band Downfall of Gaia, along with VYGR, Sangharsha and Hivelords (tickets); and the other is The Acheron on March 21 with Tiger Flowers, Cyperna, Godmaker and Mary Todd (tickets). 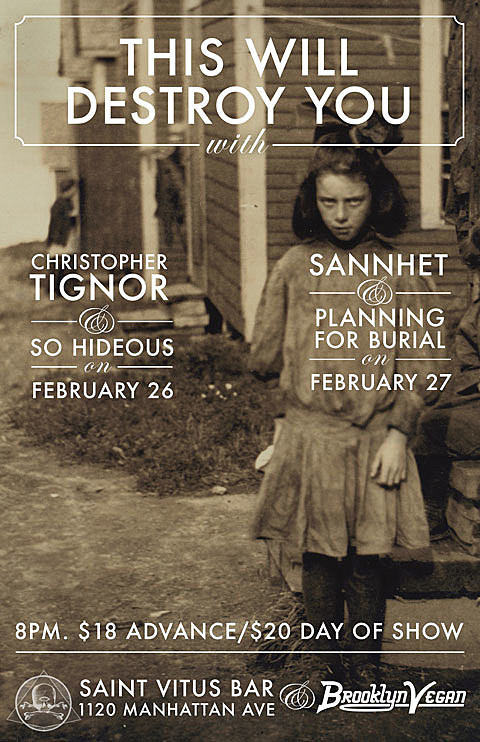