FaltyDL at MoMA PS1 in July (more by Vincent Cornelli) 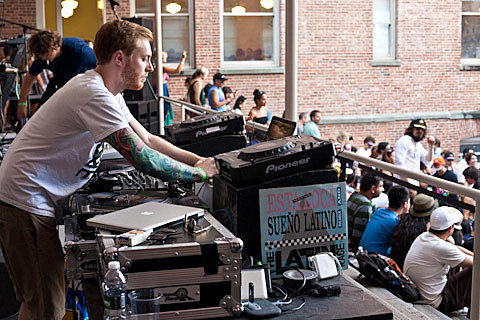 New York dubstepper FaltyDL (aka Drew Lustman), who just opened for Radiohead when they were in town, has signed to Ninja Tune and will release his debut EP for the label, Atlantis, on November 14. The EP will be the followup to the You Stand Uncertain LP, which was released earlier this year. Some samples of the EP's tracks are available at Ninja Tune's site, and while I haven't heard the whole thing, these samples are indicating something great. The EP's got warmer synths and harder snares than You Stand Uncertain, and while that album was great, the new material shows FaltyDL beginning to develop more of his own identity as a producer. You can pre-order the EP at the Ninja Tune webstore and check out the artwork and tracklist below.

FaltyDL contributed a remix of Holy Ghost!'s "Hold My Breath" for the release of the single which drops October 17. Other remixers include Tiger & Woods and Cosmic Kids. Holy Ghost! has a tour coming up that hits NYC on October 29 at Bowery Ballroom and November 26 at Music Hall of Williamsburg. The Bowery Ballroom show is sold out but tickets are still on sale for the MHOW show.

He'll also appear on the new LP from Zed Bias, Biasonic Hotsauce - Birth of the Nanocloud, which comes out November 1 via Tru Thoughts. Mark Pritchard, whose Africa Hitech project recently announced a LPR show, also appears on that album. You can download the FaltyDL-featuring "Lucid Dreams" at the top of this post.

Biz Markie also DJs at Brooklyn Bowl tonight (10/13) (tickets), and Questlove, who usually DJs the venue on Thursdays, will DJ the Little Dragon show at Terminal 5 on Friday (10/14), which Javelin and Donn T also play. That show is sold out.

Speaking of Radiohead, Thom Yorke's DJ set from their record release party for TKOL RMX 1234567 which streamed online yesterday, is now available to stream at Boiler Room's website and can be downloaded for free on iTunes.

FaltyDL Artwork and tracklist below... 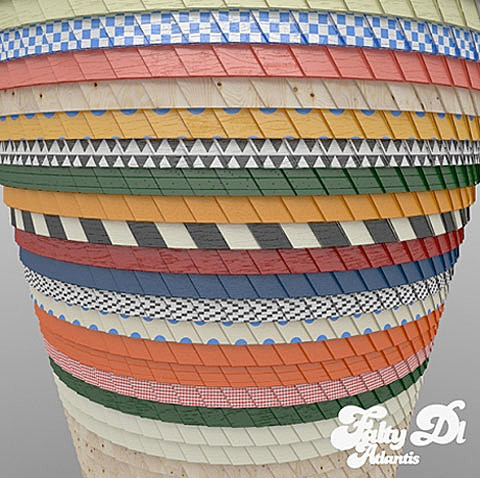