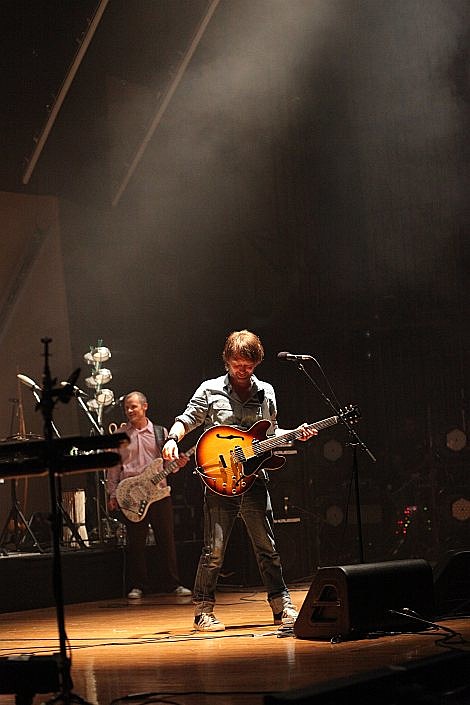 Entering the stage to a standing ovation, [Thom] Yorke began at a standup piano facing away from the audience, pushing out the chunky chords that announce "The Eraser," the title track from his 2006 solo album. However, as his elite backing band kicked in -- Red Hot Chili Peppers' icon Flea on bass, Joey Waronker (Beck, R.E.M.) on drums, Mauro Refosco (David Byrne, Bebel Gilberto) on percussion, longtime Radiohead/Yorke producer Nigel Godrich on guitar/synths/laptop -- Yorke began to shake his tailfeather with aplomb. Strapping on a guitar, Yorke and Flea began their own punk-funk hootenanny, grooving in unison as they vamped on an angular disco riff; behind them, their bandmates built up waves of propulsive percussion that evoked more an LCD Soundsystem show than, say, "Karma Police."

At both the Echoplex and Orpheum, Yorke & co. played The Eraser album in its entirety, which proved a clever conceit. The Eraser is the ultimate bedroom electronica opus, its synthetic beats influenced by dubstep and IDM starkly rhythmic. In the live setting, however, the songs, taken out of the computer realm by virtuoso musicians with such passion, suddenly became transformed into downright euphoria.

As deep, dark, and meaningful as Yorke's songs are, in this context they also proved righteously fun. This was different than a Radiohead show -- the sight of Flea doing his characteristic bop onstage alongside Yorke confirmed that -- but it proved equally sublime: separate, yes, but perhaps equal. Solo, Yorke proved cathartic in his own way: a Radiohead show might make you weep, but Yorke and his band of merry rhythm makers will shake your body down to the ground. [Rolling Stone]

The photos in this post are from last night's show at L.A's Orpheum (10/4). Thom Yorke's new (super?) group debuted at the much-smaller Echoplex two days prior (10/2). Yorke, Flea and the rest of the band still have one more show tonight (10/5), again at the Orpheum.

More pictures from last night, and both setlists and a video, below... 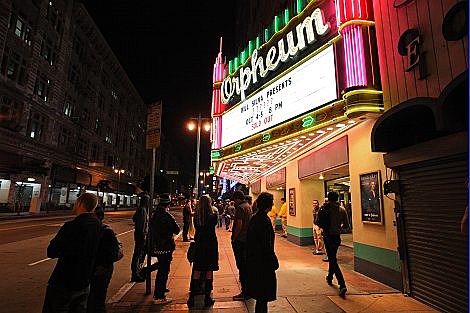 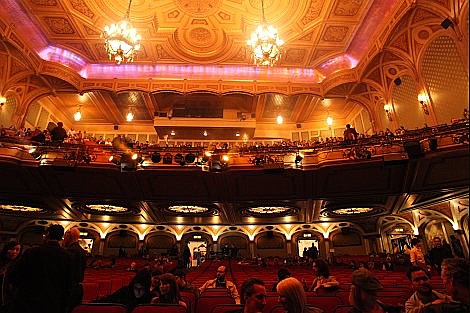 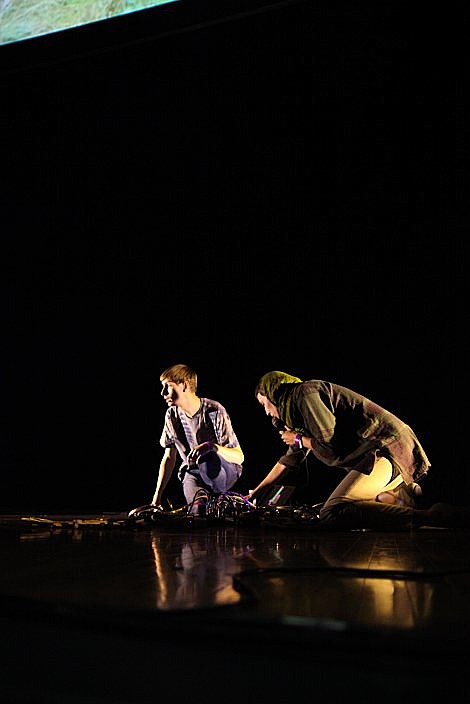 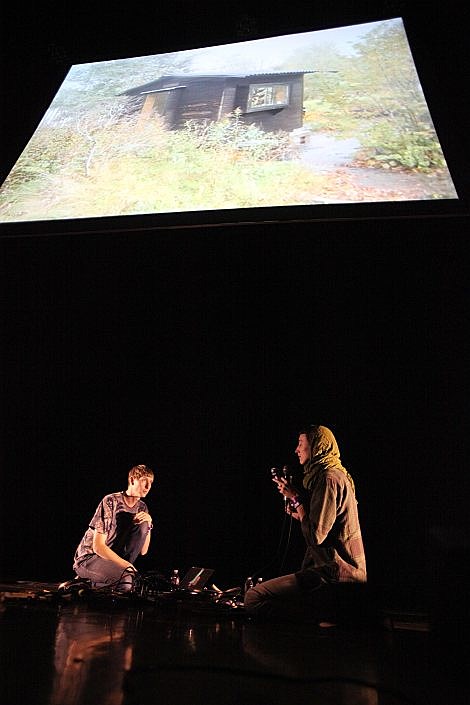 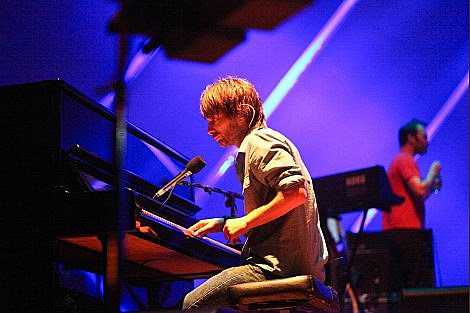 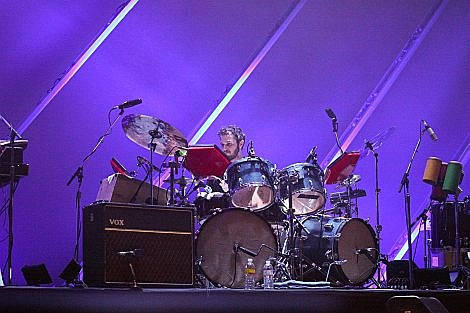 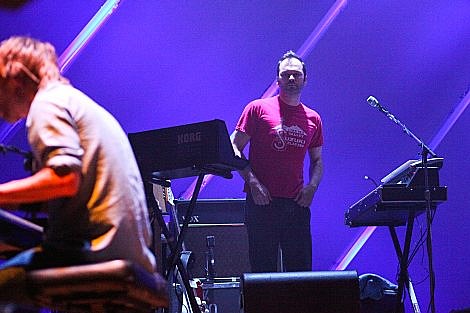 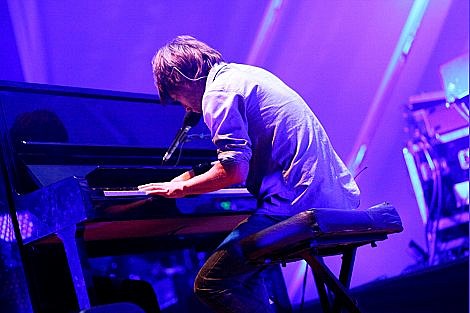 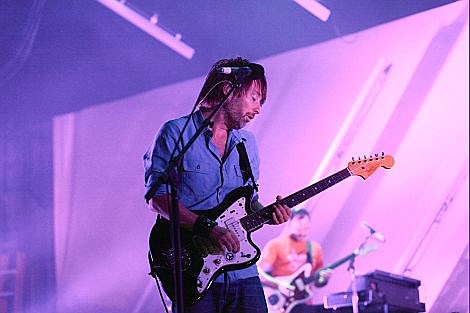 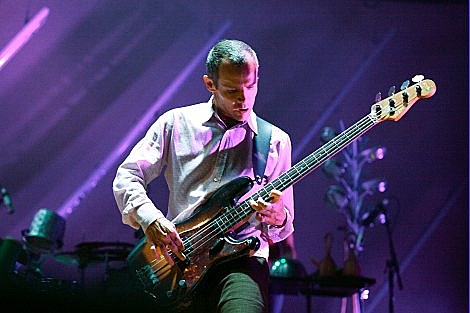 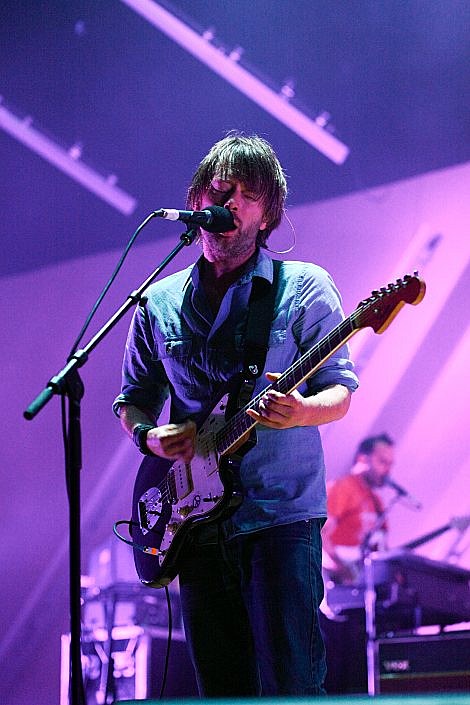 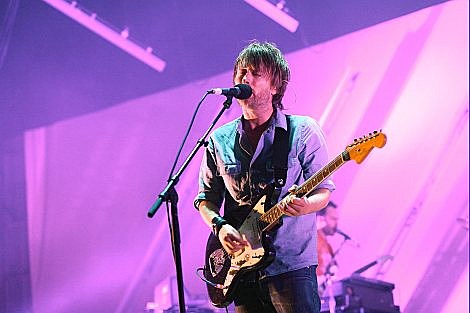 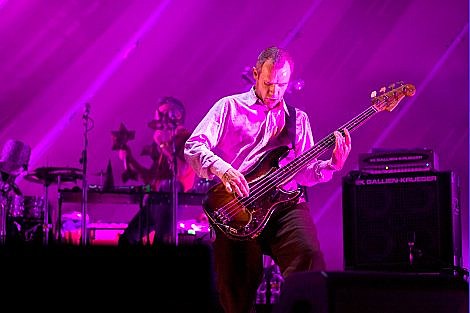 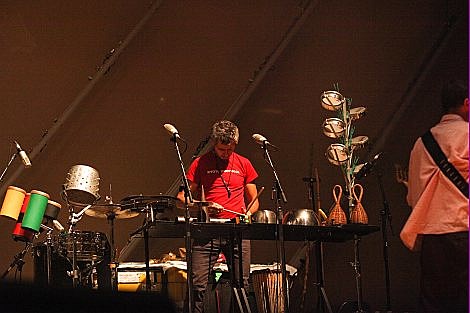 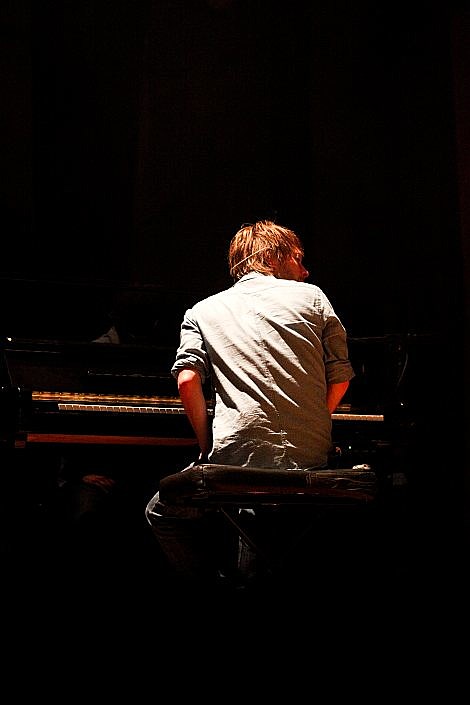 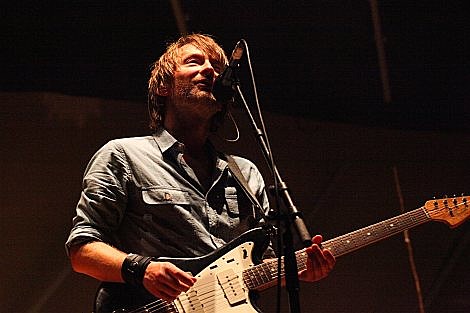 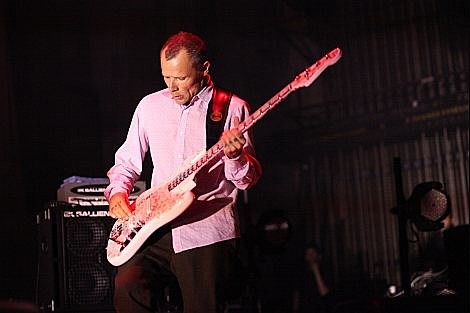 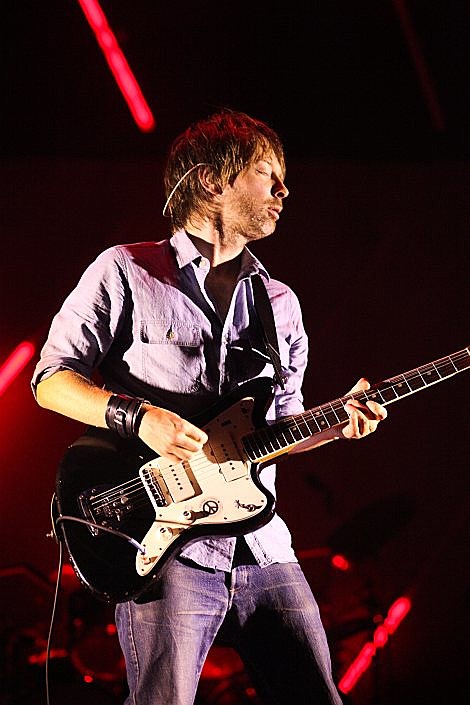 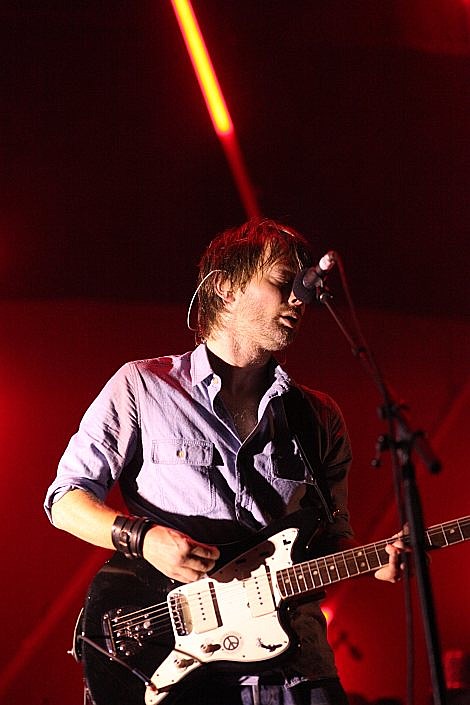 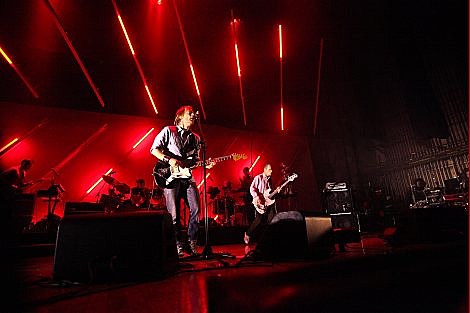 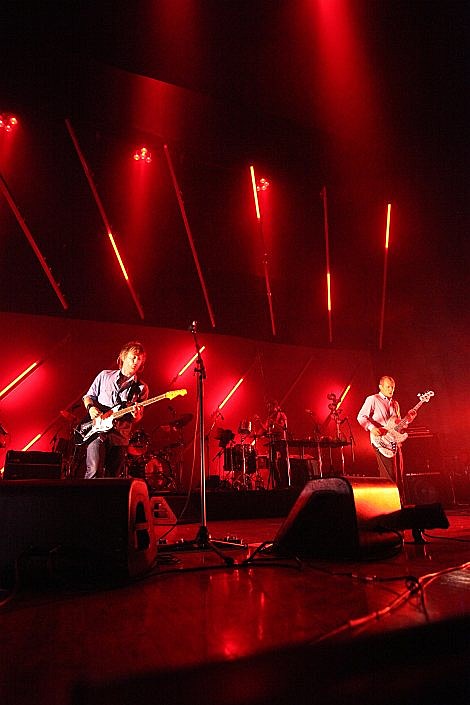 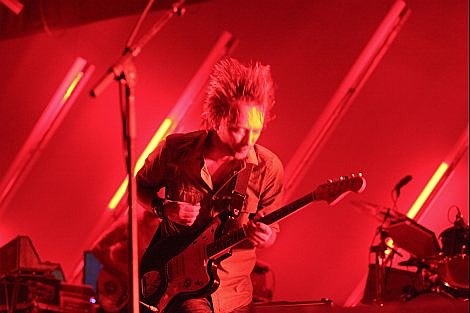