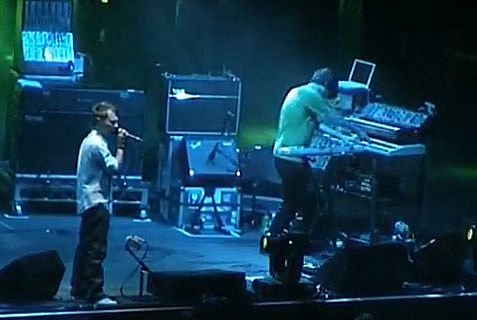 Video from a 2003 Radiohead show in Toronto below...

(just hit play - it will start at the right place)

Took me a few weeks to put this one up, had to ask for permission from formengr before putting it up. It was on the PureLiveGigs but you had to download it from the Radiohub. For those not in the know, the Radiohub has a lot of Radiohead content on, but it is solely for the purpose of sharing between the people who use the hub, not for mass consumption like my Radiohead channel is. However with it being listed on PLG, I asked Formengr if that meant it was ok to be used here, and he ok'd that on Saturday.

It's great to see Thom halt a song to help someone who is in need of medical assistance, and even keeps the crowd updated on the guys wellbeing, what a nice bloke.

Apparently this misses "The Gloaming" which was the first song played.