"Landed to confirmation of awful news re all of our efforts for sxsw and beyond.there are a lot of people who should be very ashamed $$$$$" - wichitarecs 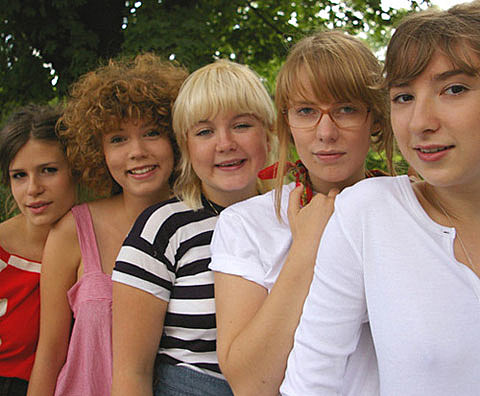 we are so sad - we have to cancel our US trip. we are just so devastated. our working visas have some through but by the time the final approval come through at the embassy in Stockholm we will miss half of our shows and we already missed our flights and finding new ones isn't working. :-((((( - Those Dancing Days

Those Dancing Days was scheduled to play Mercury Lounge on 3/22, right after playing something like six shows at SXSW in Austin (Fader, Filter, Billboard and Wichita Records showcase included). For Wichita, that means 2 of 6 of the artists playing their show have cancelled, because as previously mentioned, Dam Mantle aren't coming for the same reason. Here's their showcase at the moment:

That said, I don't know if Wichita's above-quoted tweet is referencing this or something else or both.

Veronica Falls will hopefully make it, THOUGH they did cancel their Mercury Lounge show with Frankie & the Heartstrings that was scheduled to take place after SXSW (but not for visa reasons). Las Robertas will open that March 21st Merc show for Frankie instead.