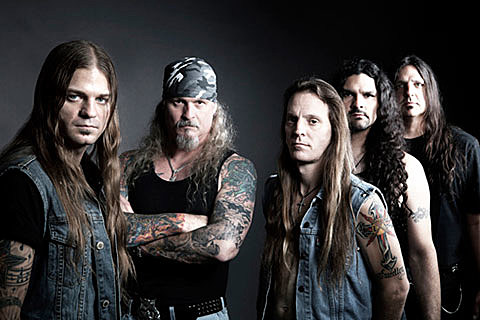 Two of the suits aim to halt the illicit distribution of "Dark Adrenaline," the most recent album by the Italian band Lacuna Coil. The suits collectively target 3,136 John Doe defendants.

McDaniel is also representing a German film company, Amselfilm Productions GmbH & CO. KG of Berlin, which holds the rights to the 2011 Russian movie "Bablo," or "The Dough." Three suits, filed in late June at the same time as the six Century Media cases, contend 4,654 people shared pirated copies of the film.

"Illegal downloading has reached epidemic proportions, as thousands of works are pirated on a daily basis through bit torrents that rob copyright holders of the value of their creative work," McDaniel wrote in a suit he filed last year in Newark on behalf of another German client, Baseprotect UG Ltd. [NorthJersey.com (via Pitchfork)]

In related news, Drake is the most pirated artist in the US.