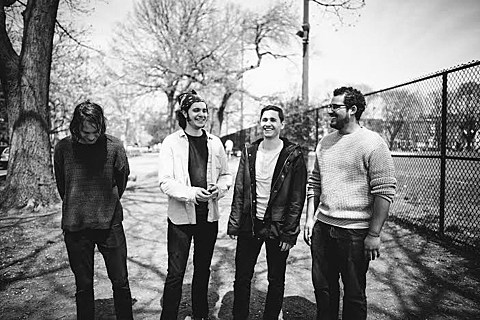 Philly/Scranton band Three Man Cannon (whose Dennis Mishko and Pat Brier are both former Tigers Jaw members) are following last year's Pretty Many People with the new album Will I Know You Then on November 6 via Lame-O Records (pre-order). Its lead single "Gold or Silver" is a scrappy indie rocker that sounds a little like if The Walkmen decided to explore their shambolic side after Bows + Arrows instead of polishing things up. Listen below.

Three Man Cannon have a few shows coming up, including the Lame-O Records CMJ showcase on Saturday (10/17) at Shea Stadium with special guest headliners, Lithuania, The Superweaks (fka The Weaks), Thin Lips, Meat Wave, Cherry, Lowercase Roses (ex-The Sidekicks) and even more special guests. It's a day show, starting at noon, and $5 at the door gets you in.

All TMC dates are listed below...