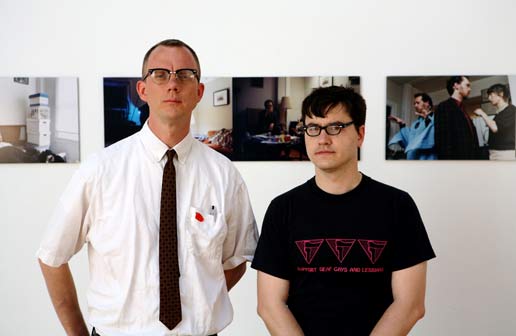 Yesterday, we mentioned that Thrill Jockey Records will be celebrating their 20th anniversary this year, and in honor of it are hosting a show at Webster Hall on September 15 with Tortoise, Future Islands, Matmos, Liturgy. and D. Charles Speer. That show is actually just one in a series of 20th anniversary shows the label are putting on around the country, including a much smaller one in NYC at Death by Audio on September 14 with White Hills, Guardian Alien, Man Forever (who also plays DbA on Friday, 7/20), Dan Friel, and Rhyton. Tickets for the Death by Audio show and the Webster Hall show are on sale now.

In addition to the shows, the label will also celebrate their anniversary with newly commissioned silk screened posters, like this one and this one, and 2-minute video shorts, like the one by Ashby Lee Collinson that you can watch below. They've also asked a number of comedians, including Fred Armisen, to write two jokes (one clean and one dirty) and Thrill Jockey will be recording reactions to the jokes and pressing them on limited edition vinyl.

In related news, experimental duo Matmos (aka M.C. Schmidt and Drew Daniel), who are playing some of the anniversary shows including the Webster Hall one, have just recently signed to Thrill Jockey, and they'll put out their first release for the label, the Ganzfeld EP, on October 15.