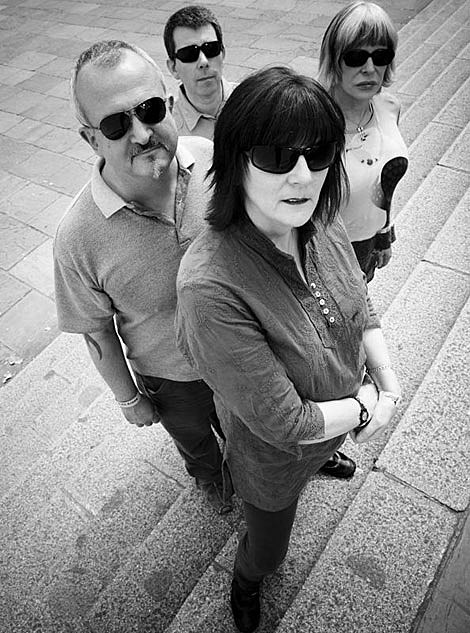 The previously announced Throbbing Gristle tour has been extended (thx anon). Now there is a second chance to see the reunited band if you don't have a ticket to their sold out shows in Brooklyn and Chicago. Tickets go on sale Monday at 11:55am for an April 28th show at Brooklyn Masonic Temple with Alan Vega (Suicide) and Emeralds. Their first show at the same venue happens 12 days earlier which is before they play Coachella and San Francisco, but not LA:

The U.C.L.A. event has been cancelled due to circumstances beyond TG's control.

Discussions are ongoing to find a replacement event at a venue TBC.
Details will be posted here as soon as they are available.

The new Chicago date is on sale now. No word yet if the format of the new dates will be the same (two sets) as the old dates. All tour dates, including a couple in Europe, below...

+ w/ Bruce McClure
* w/ Alan Vega, Emeralds
# The European Premiere of Throbbing Gristle performing a live soundtrack for Cerith Wyn Evans (who will attend the event) film "The Sky Is As Thin As Paper Here" & other TG sound works.