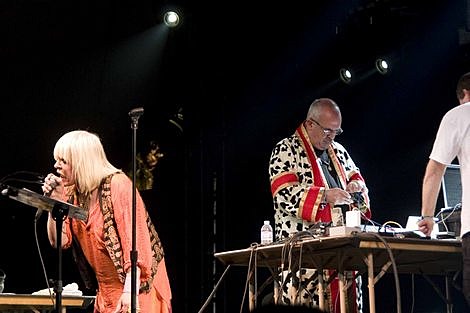 A band needs to bring it, and -- in fits -- Throbbing Gristle did just that. The start of the show found [Genesis] P-Orridge, dressed as a Palm Springs mom possessed by a satanic shaman, lustily swinging a microphone between her legs. "Hamburger Lady" fairly devastated the crowd with its haunted lyrics, such as "she's burned from the waist up," calling to mind alienation from one's body, bizarre stock that Throbbing Gristle trades in well.

The middle of the set was too bogged down with instrumentals, as precision-crafted as they were by original members Chris Carter and Peter Christopherson, the latter of whom was robed in a way that could only bring to mind the Grand Puba of "101 Dalmatians." But at the end, they picked up the juice once again. The last couple of songs reveled in tribal trance, a video-game stomp that felt like the perfect laser of doom, penetrating teenage and old art-scenester hearts alike. It was similar to the "wall of sound" interlude in My Bloody Valentine's "You Made Me Realise" but with more grace and control. [LA Times]

The above review is from Throbbing Gristle's Coachella set on April 19th.

That show came after the band's first ever NYC shows which took place: Thursday, April 16th at the Brooklyn Masonic Temple and Friday, April 17th at (Le) Poisson Rouge. Since they they toured back to the east coast, hitting Chicago along the way, and are back for their third and last NYC show (for this tour or maybe ever) tonight, Tuesday, April 28th at the Brooklyn Masonic Temple. Tickets are still/back on sale.

While in LA last week, the band recorded an interview for Boing Boing and Richard Metzger. That video is still to come. In the meantime, check out TG member Chris Carter's trip-documenting photographs on Flickr. And a few more pictures from Coachella, below... 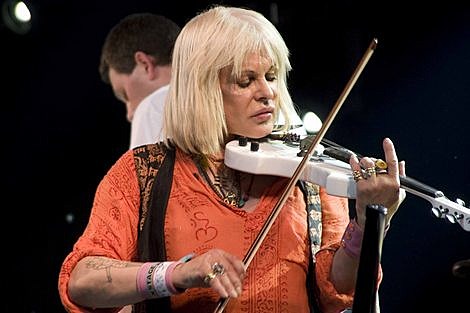 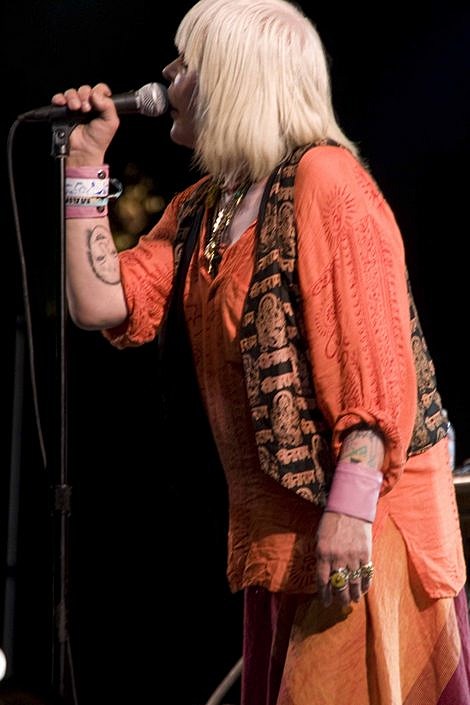 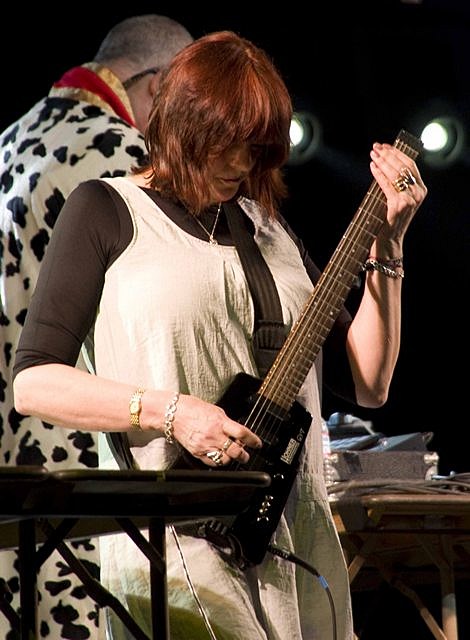 The Orb also played Coachella, and we've got many more pictures from the festival HERE.