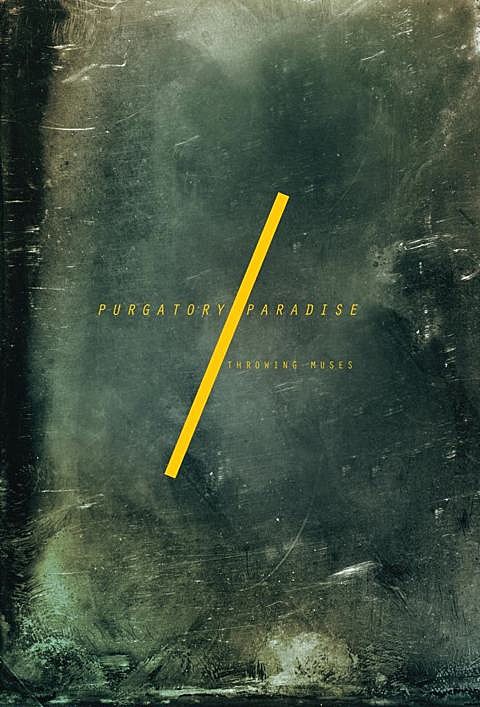 It's been ten years since Throwing Muses released their last album but the indie veterans will return this fall with Purgatory/Paradise on November 11 via Harper Collins/It Books. That's the cover art above and, as you might have wondered by its shape (and who is putting it out), this will be released as an art book, designed by drummer Dave Narcizo, that features a college of lyrics, photographs, and writing by singer/songwriter Kristin Hersh. The music part contains 32 songs and you can stream one of them, "Sleepwalking 1," below and another track, "Sunray Venus" (very classic Muses-sounding) can be heard at their website.

The current line-up of the band (Hersh, Narcizo and bassist Bernard Georges) has been constant since 1992. The original line-up of the band featured Tanya Donnely (Belly, The Breeders). They were the first American band signed to 4AD and were kind of a link, sonically, between the gothy/ethereal bands the label began and the more noisy sound that would come with the signing of fellow New Englanders, Pixies. They also provided the title for legendary 4AD compilation Lonely is an Eyesore.

No tour dates have been announced yet, but hopefully that will come soon. (The band have toured much more recently than they've made albums.) Song stream and album tracklist below...