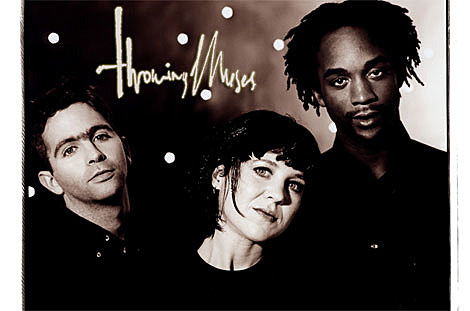 We knew Throwing Muses would be in town to play one R.E.M. song at Carnegie Hall on March 11th. Now we also know that show is party of a small tour that has the classic-indie rock band also playing more than one song in Philly, Brooklyn, and in their hometown of Boston (well, Cambridge). The Brooklyn show is at Music Hall of Williamsburg on March 12th (one day after Carnegie Hall), and 50 Foot Wave is opening which means this show will be chock full of Krisin Hersh.

Tickets go on Am Ex presale Wednesday and on regular sale Friday.

Throwing Muses will also be playing a set at the Breeders-curated ATP Festival in the UK in May, and at Primavera Sound in Spain that same month. All dates below...