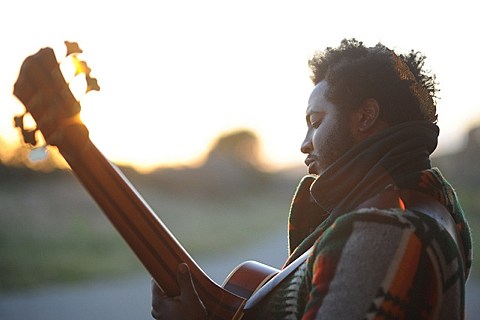 Thundercat (aka bass freak Stephen Bruner) is set to release the followup to his 2011 debut, The Golden Age of Apocalypse, this year. The new album is called Apocalypse and it was executive produced by Brainfeeder label head/frequent Thundercat collaborator Flying Lotus. The album will be out via Brainfeeder on July 9. Check out the first single, "Heartbreaks + Setbacks," whose melody is seriously reminding me of "Yeah" by Usher, below.

As mentioned, Thundercat and Flying Lotus are also touring together this year, which will bring them to NYC for Red Bull Music Academy shows on May 5 and 6 at Terminal 5. Nigel Godrich's band, Ultraista, are also on both of those shows. Tickets for both are still available. While Thundercat is in NYC, he's also doing Red Bull Music Academy's Night of Improvised Round Robin Duets, which happens on May 1 at Brooklyn Masonic Temple with Andrew Bird, Questlove, James Chance, Julia Holter, Kim Gordon, Andrew WK, and many others (sold out).

All dates are listed, along with the song stream and Apocalypse tracklist, below...