Thundercat at Brooklyn Masonic Temple in May (More by Greg Cristman) 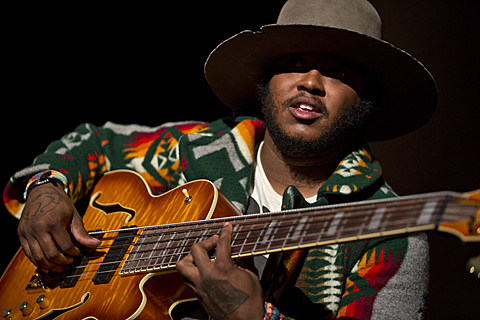 Bass master Thundercat returned earlier this year with his new album, Apocalypse, and he's now followed that with a new song "Bowzer's Ballad." It's a tribute to Nintendo boss Hiroshi Yamauchi, who passed away last week (9/19), and it sounds like what you might expect a combination of Thundercat's signature nu-jazz and video game music to sound like. Download it above or stream it below.

Thundercat also just announced a fall tour which brings him to NYC on November 25 at Music Hall of Williamsburg. Tickets for that show go on sale Friday (9/27) at noon. He'll be in NYC even sooner, however, to perform on Late Night with Jimmy Fallon with The Roots tonight (9/26).