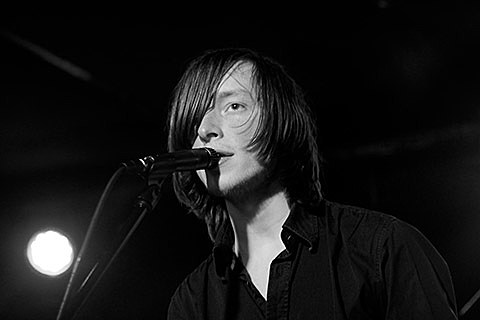 One of the best parts about CMJ is the day shows that are often free and give you a chance to see live music and grab a bev on your lunch break (or call in sick). To give you a chance to plan your early afternoon ahead of time, we're giving you tomorrow's (Thursday's) daytime picks today (Wednesday). You can browse our full NYC show calendar for all shows, and here are some highlights...

The Bots, TV Girl, Gems, The Preatures, Wild Club, Holychild, The Everywheres, School of Night, J Fernandez, The Range @ Pianos
Fellow music blog I Guess I'm Floating is back with its Floatingfest CMJ party on both floors of Pianos. A good chance to check out Australian CMJ buzz-band The Preatures and LA's TV Girl (one of our CMJ picks).

Half Moon Run, Ghost Wave, Traumahelikopter, Birth of Joy, Prata Vetra, Instrumenti @ Knitting Factory (FREE)
Filter Magazine brings its Culture Collide festival to NYC in day party form with a pretty good line-up, including Montreal's Half Moon Run and New Zealand's Ghost Wave who are better than their name may have led to to believe.

Kirin J Callinan, TOPS, Pegasus Warning, Shy Hunters, Weeknight @ Bowery Electric ($5)
Sam Mickens is throwing this $5 day party at Bowery Electric (or free with CMJ badge), that's being headlined at 5 PM by crazy weird one-man band Kirin J Callinan, who is sure to put the "party" in "day party." Arbutus-signed Montreal band TOPS is on right before him at 4:15 and they're worth catching too.

Psychic Twin, Diamond Bones, Manicanparty, Palehound, Dark North, Clementine and the Galaxy, And the Kids
The band we most want to see at this one is Palehound, who is about to release her Bent Nail EP (stream it on Stereogum) on Exploding In Sound Records (the former home of her friends Speedy Ortiz). It's an excellent EP, pulling equally from quiet anti-folk and abrasive noise rock. She's on at 4 PM.

For all NYC shows, check out our full NYC show calendar. 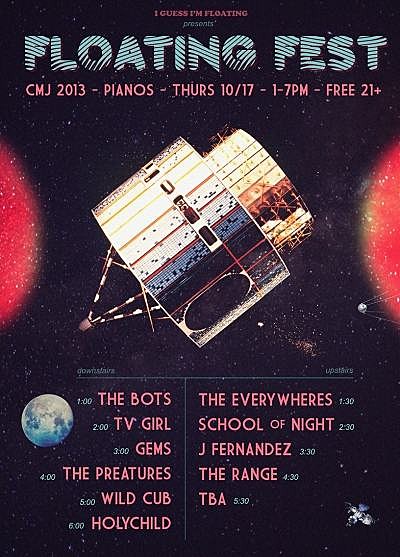