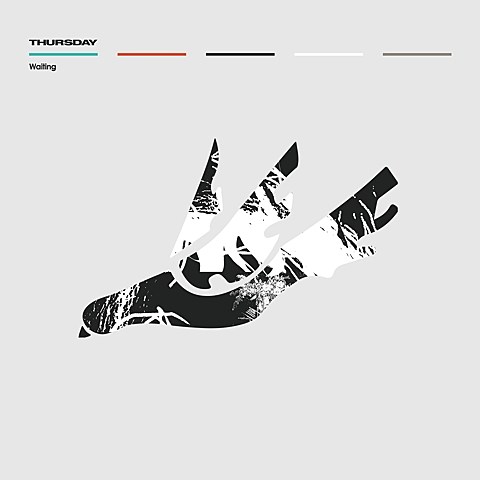 There will always be a segment of a popular punk band's fanbase maintaining their debut will never be topped, based on its "rawness" and "honesty." For Thursday, this cohort appears to be smaller than most. In fact, the overwhelming consensus is that Waiting is their least potent work, an opinion that's less uncomfortable to hold knowing that it is also Geoff Rickly's. But that's more a reflection on the overall strength of their catalog and how every Thursday record managed to be superlative in its own way: Full Collapse is the most influential; War All the Time the heaviest; A City by the Light Divided remains their most melodic, A Common Existence their most brutal; and No Devolución their most comprehensive. Waiting simply stands as Thursday's most promising and earnest album. [Pitchfork]

The now-defunct Thursday reissued their 1999 debut, Waiting, for its 15th anniversary on frontman Geoff Rickly's Collect Records earlier this year. It comes with three bonus tracks, new artwork and liner notes, and more. They also made two new videos, including one with old footage of the band for "This Side of Brightness" and a lyric video for "Where the Circle Ends." You can watch both below.

Geoff is currently playing in two bands, United Nations and No Devotion, and he's still keeping his solo career going too. His next solo show is in Thursday's home state of NJ on May 29 at Maxwell's, which recently re-opened with new owners and is actually getting a few cool shows. This one is with Meghann Wright, Gatherer and Help Me | Help You. Tickets are on sale.

That show's a throwback to old Maxwell's, which booked Thursday on more than one occasion. Watch a video of them playing "Dying In New Brunswick" at the NJ venue, along with those new Waiting videos, below...