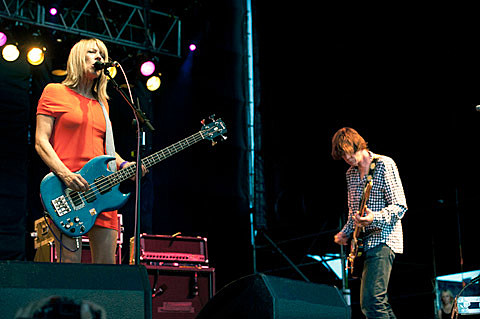 If the demise of R.E.M. didn't put the final nail in the '90s alternative-rock dream, this news sure will: Sonic Youth super-couple Kim Gordon and Thurston Moore have split up after 27 years of marriage -- and the future of the band they've played in together since 1981 is unclear.

The pair confirmed the news in a statement from their Matador Records rep that reads, "Musicians Kim Gordon and Thurston Moore, married in 1984, are announcing they have separated. Sonic Youth, with both Kim and Thurston involved, will proceed with its South American tour dates in November. Plans beyond that tour are uncertain. The couple has requested respect for their personal privacy and does not wish to issue further comment."