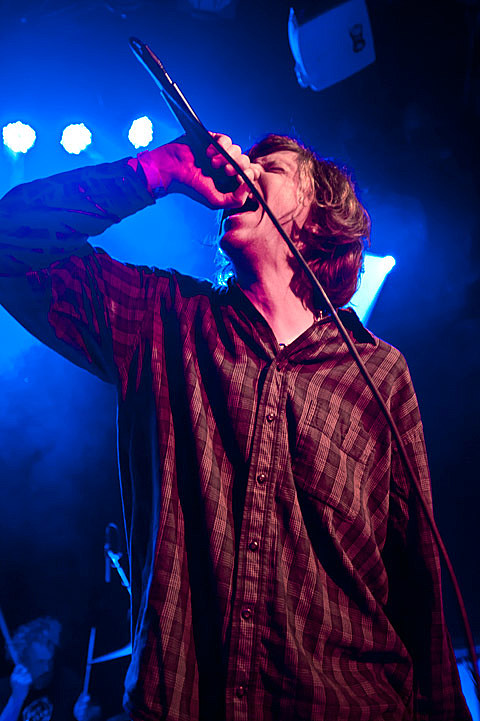 Thurston Moore is set to kick off a European tour in late July, but before he heads overseas, he'll be playing in Brooklyn TONIGHT (5/31) at Roulette for a show as part of a trio with guitarist Bill Nace (who Thurston has played with in Northampton Wools) and saxophonist Joe McPhee. Tickets for tonight's show are available.

Thurston also recently published a book, By The Lightswitch, which is available via Mondo Bummer. Mondo Bummer writes that the book "is a poem about hanging out. It hangs out with stars, it hangs out with girls, and it wants to hang out with you. 'Rockstars can't be poets / which sucks,' but you wouldn't know that from reading this." Thurston just read at a Mondo Bummer event on Tuesday (5/29) at ACA Galleries. Did you catch that, how was it?

All dates listed below...