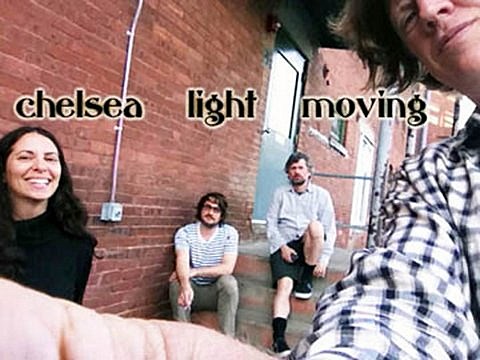 News on the current state of Sonic Youth remains ambiguous, but the members are certainly keeping busy. Thurston Moore and Kim Gordon are releasing a collaborative album with Yoko Ono (recorded before Thurston and Kim's split?) called YOKOKIMTHURSTON, which is due out on September 25 via Chimera Music. The cover art and tracklist, along with a video of the three musicians playing together at BAM in 2010 is below.

Thurston is also now the vocalist/guitarist for a new band called Chelsea Light Moving with Keith Wood, Samara Lubelski, and John Moloney. They've got a full length in the works, which is due out on Matador. You can download their first track, "Burroughs," which was inspired William S. Burroughs' last words ("Love? What is it? Most natural painkiller what there is"), at the top of this post. Chelsea Light Moving have a few shows scheduled, including a Sled Island show in Calgary tonight.

Speaking of Yoko Ono, NY Post reports that she exhibited a new art piece in London's Serpentine Gallery called "To the Light," which featured no more than three piles of dirt. The post mentions that Britain's Guardian newspaper trashed the exhibit, suggesting "the exhibition's title has got to be a "mistake," noting that "those who have suffered near-death experiences often complain of a bright light -- and a voice telling them to go towards it." And no one would want to go toward this."

A list of all dates, video, and stream below...