Thurston Moore & Loren Connors at The Stone in July, via (((unartig))) 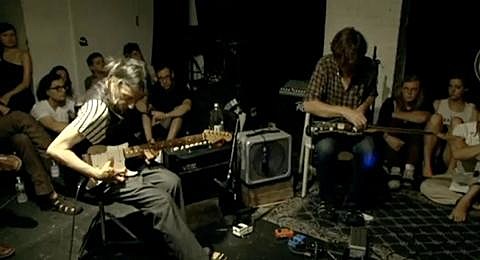 Sonic Youth's Thurston Moore and avant-garde guitar great Loren Connors, who initially teamed up for a collaborative set over the summer during Spy Music Festival, will again do so for the Northern Spy and LQQK CMJ showcase which happens on October 17 at Public Assembly with Hubble, PC Worship, Diamond Terrifier, The Dreebs, and Devin, Gary & Ross. Tickets for that show are on sale now or you can try to get in with your CMJ badge.

As mentioned, Loren Connors (playing as a duo with Suzanne Langille) shares a bill with Thurston's SY bandmate Lee Ranaldo (who will be playing with his group, Text of Light) at 285 Kent on November 13.

A lengthy video of Thurston and Loren's set from Spy Music Fest is below. 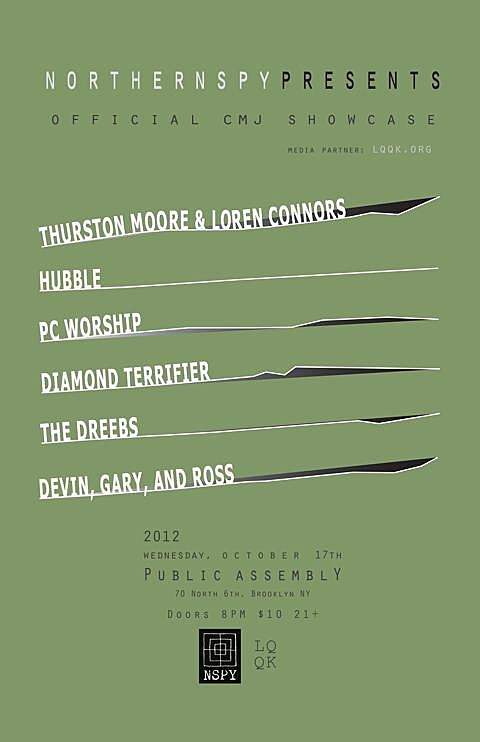