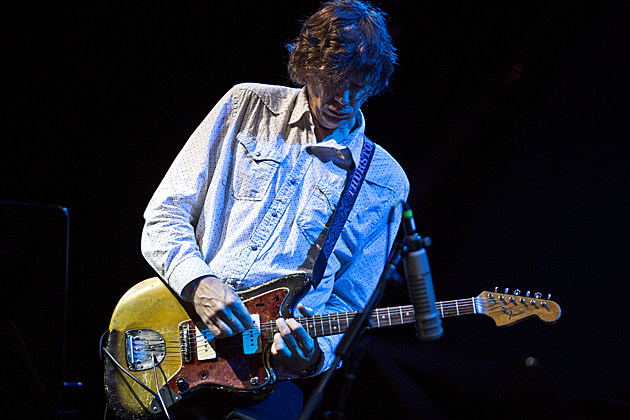 After releasing an album with his post-Sonic Youth band Chelsea Light Moving, Thurston Moore revealed plans for a new solo album coming out on Matador. Sonic Youth's site now says the album is called The Best Day and comes out on September 23 (though Matador hasn't confirmed the exact date). Most of it was recorded with his new band which features Sonic Youth's Steve Shelley on drums, My Bloody Valentine's Deb Googe on bass, and James Sedwards on guitar. A few of the songs were recorded with the Chelsea Light Moving members as well.

That band, dubbed The Thurston Moore Band, will be going on a tour this year that includes the Toronto and Chicago Riot Fests, as well as a West Coast run with Sebadoh. They don't have a NYC date announced at the moment, but Thurston will be back on his old stomping grounds to read at a Brooklyn Book Festival bookend event on September 20. More details on that event and other events at the festival TBA.