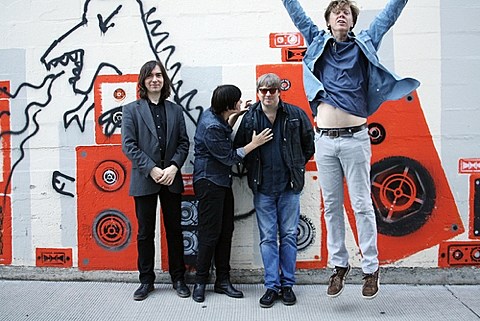 Thurston Moore releases his Sonic Youth-y new solo album, The Best Day, this week via Matador (stream it), and he's now made a video for the 8+ minute opening track, "Speak to the Wild," which was directed by Santiago Mostyn. You can check that out below.

As discussed, Thurston will be on tour with Parquet Courts/PC Worship spinoff PCPC and that tour hits NYC on Tuesday (10/21) at Saint Vitus (during but not part of CMJ) and Sunday (10/26) at Rough Trade (right after CMJ). Both shows are sold out, but we're giving away a pair of tickets to the Rough Trade show. Details on how to enter to win are below.

Contest details, with the new video and full list of dates, below...