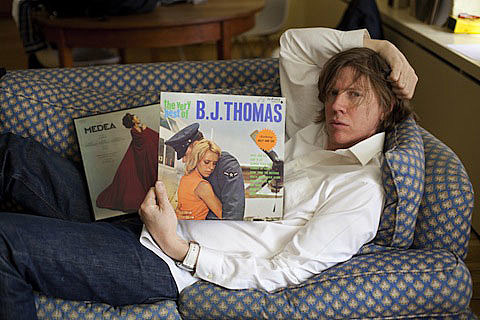 Thurston Moore will release his fourth, and Beck-produced solo LP, Demolished Thoughts, on May 24th via Matador. The LP features appearances from violinist Samara Lubelski, harpist Mary Lattimore, bassist Bram Inscore, drummer Joey Waronker and Beck. Check out the first track "Benediction", which is downloadable above. And:

To mark the release of his new solo full-length, 'Demolished Thoughts', Thurston Moore is playing Brooklyn's Williamsburg Hall of Music on May 20, with tickets going on sale this Friday, April 8 via Ticketmaster.com (American Express cardholders will have an opportunity to purchase tickets on Wednesday, April 6).

In addition to the full-priced ticket option ($20), you'll have your choice of ticket(s) + 'Demolished Thoughts' bundles ;

b) one ticket + a copy of "Demolished Thoughts" on LP (colored vinyl, with download code) ($35)

The CD or limited edition colored vinyl copies of 'Demolished Thoughts' can be collected at the merch table on the night of the show - four days before the official release date of May 24.

MEANWHILE, you can catch Thurston Moore when he supports Mike Watt & The Missingmen (who play Mercury Lounge TONIGHT) at Daniel Street in Milford, CT on Tuesday (4/5), and at Abrons Arts Center on April 8th as part of a Japan Disaster Relief benefit with Matthew Shipp, Ikue Mori & John Zorn, and many others.

Thurston was also just announced on the bill of a hometown (Northampton) show with Dinosaur Jr. and Henry Rollins.

The upcoming Abrons Arts Center show will be at least the 2nd Japan Disaster relief shows that Thurston is playing. Sonic Youth joined Yoko Ono, Sean Lennon, Cibo Matto, John Zorn, Mike Patton and others at Columbia University on 3/27 to raise money for the cause. The NY Times was there.

In related news, Sonic Youth is helping to celebrate Record Store Day on April 16th with a reissue of the Australian tour-only Whore's Moaning EP.

Check out the cover art of Thurston's new LP, below... 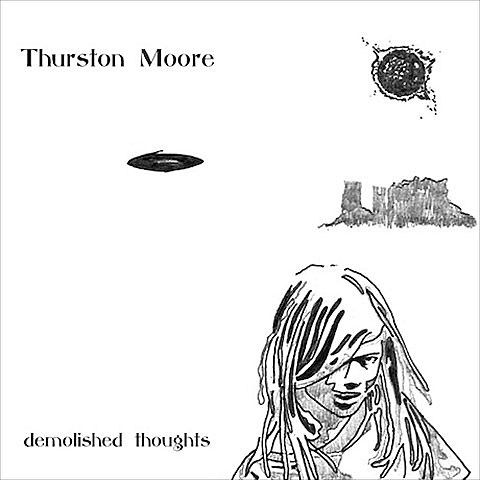