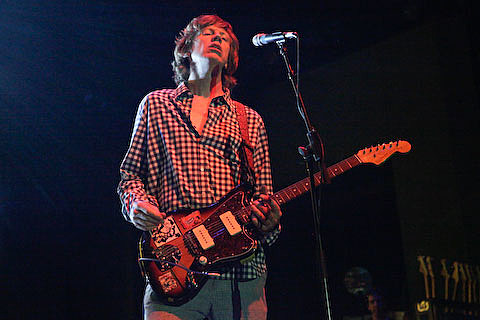 We are truly thrilled to announce that Other Music will be hosting a record release party for Thurston Moore's fantastic new solo joint, Demolished Thoughts, produced by Beck Hansen for Matador Records. Thurston and his band will be performing at the shop at 8 p.m. on Monday, May 23, and signing records after. Please join us -- and, need we say, get here early! - Other Music

The Other Music appearance goes down three days before Thurston Moore is scheduled to headline Music Hall of Williamsburg (on 5/20) with support from poet Eileen Myles and I Feel Tractor. Tickets are still available.

Tickets are also still available for the previously discussed Sonic Youth show on August 12 at Williamsburg Waterfront that now also includes Kurt Vile on the bill, in addition to Wild Flag.

Kurt Vile & The Violators will play a sold out Bowery Ballroom on June 11th with Purling Hiss & Meg Baird, but NOT with Pissed Jeans who had to drop off the bill less than a day after it was announced.

All Kurt & Thurston dates, and the new video for Thurston Moore's "Benediction" from Demolished Thoughts, below...