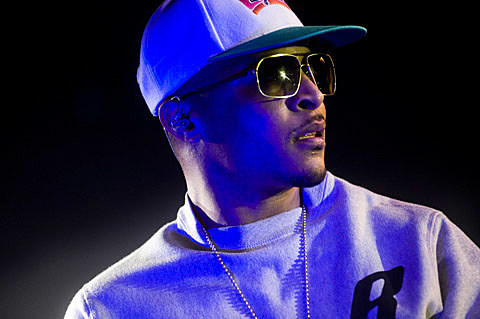 Atlanta MC T.I. is prepping to release Trouble Man, his eighth studio album, before the end of the year. Though not named after the the excellent Marvin Gaye soundtrack of the same name, as a recent listening party can attest, the LP does dip its toes into samples from that effort while logging guest spots from R. Kelly, Kendrick Lamar, Andre 3000, Lil Wayne, A$AP Rocky, No I.D., P!nk, Cee-Lo, Pharrell Williams and more. Gotye gets into the mix via a sample on TI's track "Somebody That I Used To Know". Stream some tracks below.

In the meantime, the promotional arm is in full swing for T.I. and you can look for the MC to play some live dates. One of those goes down in NYC on December 18th at Best Buy. Tickets are on sale now.

All known tour dates, those song streams and some video is below

T.I. - Whatever You Like [Live at AXE Music One Night Only]