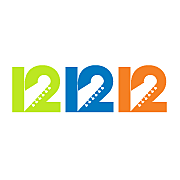 ... still hasn't been released UPDATE: Ticket info is now announced,.... though: "The producers of the event are working feverishly to finalize details regarding the concert" and they "hope to have more ticket information later today."

The 12/12/12 NYC show is right between when the Rolling Stones play Barclays Center and Prudential Center, so naturally rumors are already brewing. Stay tuned for more information as it is released.