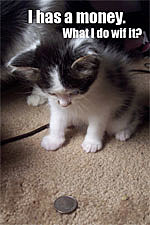 In a move designed in part to boost its public relations and possibly drive future sales, Ticketmaster Entertainment has begun to offer some concert tickets that it claims do not carry additional convenience fees.

The admission by Ticketmaster President Sean Moriarty came Monday during the release of the company's third quarter earnings, and Moriarty said the company started experimenting with "all-in pricing" with tickets to an upcoming concert by The Eagles at the Greensboro Coliseum in North Carolina, which Ticketmaster is selling for between $60 and $190 each.

"We've been advocating for some time that the industry make the fan-friendly move to no-fee or all-in pricing, eliminating add-on fees," Moriarty told a group of financial analysts and investors. "The reaction of fans has been overwhelmingly positive."

The new all-in pricing model, however, does not lower the price of a ticket - the face values of tickets throughout the popular Eagles tour are all about the same - but it does potentially open up a new revenue stream for Ticketmaster, according to Moriarty. Currently, Ticketmaster does not typically earn fees for tickets sold at a venue's box office, but with all-in pricing, there will be one standard price for a ticket "across all channels, including the box office, which will create new revenue streams for artists and Ticketmaster," he said.

"We think that fees broken out by line item are awkward and confusing for consumers," Moriarty told the group, virtually ignoring the fact that the company has operated that way since its inception. [Ticket News]