check out the yellow alerts on the right... 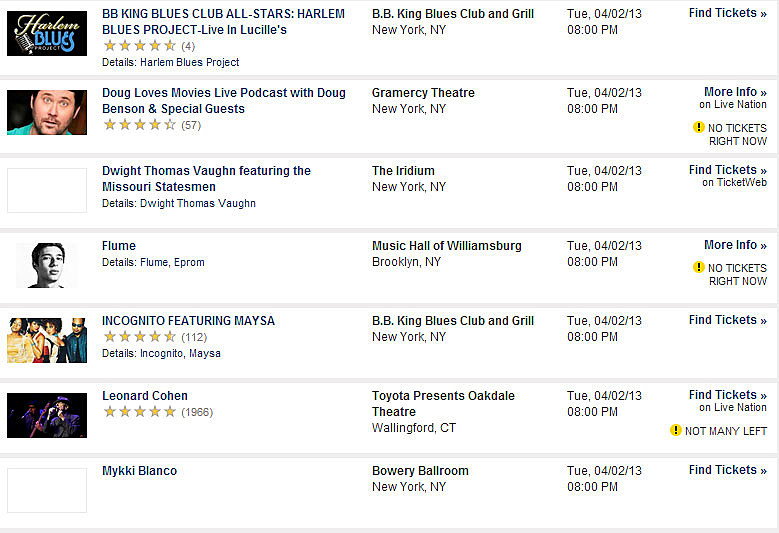 Like many of you, we spend an inordinate amount of time on Ticketmaster here at BV, getting ticket links and trying to figure out whether or not a show is sold out. The latter used to be a real pain, actually having to go through the Captcha process to see whether tickets were still available. But no more. In what is maybe the most helpful, long-overdue feature to be implemented on TM, they now have a little yellow exclamation point alert by shows that have either "NO TICKETS RIGHT NOW" or "NOT MANY LEFT" which you can see above.

Ticketmaster has also been tweaking the Captcha process, using actual phrases (sometimes branded ones) instead of smudgy nonsense words. (Sometimes you have answer a question via a pulldown menu.) One thing that hasn't changed: service charges.

P.S. as you can see from the picture above (if they are to be believed), there aren't many tickets left for Leonard Cohen's upcoming run at Radio City!