Ticketmaster Entertainment Inc. and Live Nation Inc. are close to a merger, people familiar with the matter said, in a deal that would consolidate two of the most powerful forces in the music industry under one roof.

The combined company would be called Live Nation Ticketmaster, and would merge the world's biggest concert promoter with the world's dominant ticketing and artist-management company. The resulting firm would be able to manage everything from recorded music to ticket sales and tour sponsorship. It could package artists in new ways, for example, allowing corporations such as a cellphone provider to sponsor a concert tour and to sell an exclusive download of a song. 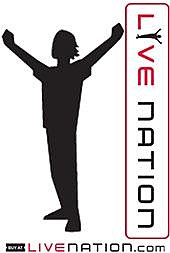 Because it would be so vertically integrated, the new company would also be able to muscle out competing concert promoters and have more power to dictate ticket prices to consumers.

The boards of both companies have yet to approve the all-stock merger, these people said. Terms of what these people described as a merger of equals have yet to be worked out. It was unclear last night which company would be acquiring the other. Live Nation's market capitalization, at $390 million, is slightly higher than Ticketmaster's $351 million. But the concert promoter has more debt and less cash.

Sticking points remain to any deal. Because a merger would concentrate so much power in the music industry under one company, it would require review by antitrust authorities. The deal, which wouldn't entail any exchange of cash, could be announced as early as next week, these people said. [Wall Street Journal]

Crazy. I'm guessing if it goes through, Live Nation would go back to selling tickets on Ticketmaster. That would also be weird since many of Live Nation's competitors use Ticketmaster and Ticketweb to sell tickets (Bowery Presents and AEG for instance).