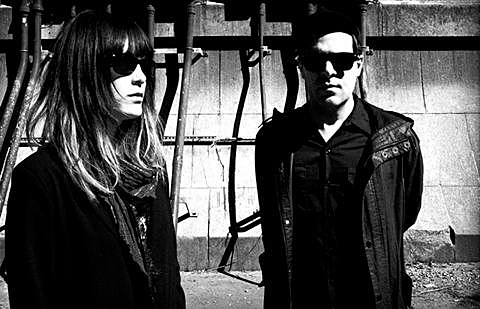 Minimalist coldwave duo Tiers have a new 12" titled Winter, out via Artificial Records, a new arm of Hand Drawn Dracula that will specialize in "minimal synth, industrial, post punk and dark corners of the music scene." You may recognize Tiers' Glenn Maryansky from his other Brooklyn band, Cult of Youth or from his old band Blacklist. In Tiers, he's joined by Jennifer Mears, who brings haunted understated vocals to the band's goth-tinged songs. Tiers just released a soft-filtered beauty of a video for "Winter," the eponymous single off the band's new EP. You can watch that below.

Tiers play a record release show tonight (11/8) at Cake Shop with two other likeminded Brooklyn bands: shoegazers Dead Leaf Echo and coldwave/post-punk band The Harrow and you can check out streams from both of them below too.

Dead Leaf Echo, whose latest album, Thought & Language, came out back in February, have a few othed tour dates in November and all are listed,  along with the video and streams, below...