I'm not sure which one is Gatoroid 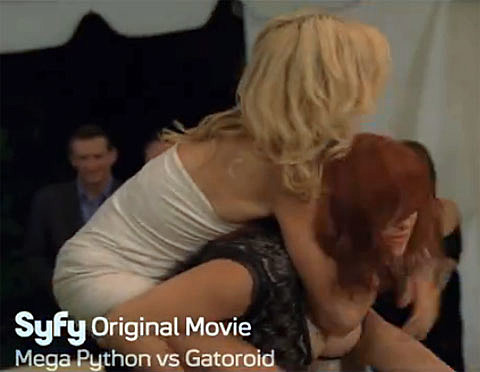 80s's pop stars turned... B-Movie Sexploitation Sci-Fi movie stars?... Debbie Gibson and Tiffany have added a second show at Canal Room on Saturday, January 22nd. I'm not sure what time doors originally were for the 'Rubix Kube' show that is now sold out, but the new show starts at 8pm. and the sold out show begins at 11:30. Get your tickets to the early show before they sell out too. UPDATE: The late show will also have some tickets available at the door.

The NYC show poster and the video the above screenshot came from (with more info on the movie), below...

--
Debbie Gibson vs Tiffany in Mega Python vs Gatoroid

"SyFy just announced another pending Saturday night original movie that will air in January, Mega Python Vs. Gatoroid. The network has teamed up former pop princesses, Debbie Gibson and Tiffany, for this science fiction film.

In this film, the two stars are on opposite sides. Debbie Gibson plays a woman that is liberating snakes from local pet stores and letting them loose in the Florida Everglades. Tiffany plays a ranger that is trying to protect the alligators in the area from being killed off when these snakes grow to larger than normal sizes. She won't take that lying down. She doses her local gators with steroids, and it becomes a battle in the Everglades.

Mary Lambert is directing this SyFy film, and this would be the first time a woman has slid into the director's chair for one of the networks original films. Mega Python Vs. Gatoroid will premiere on January 29." 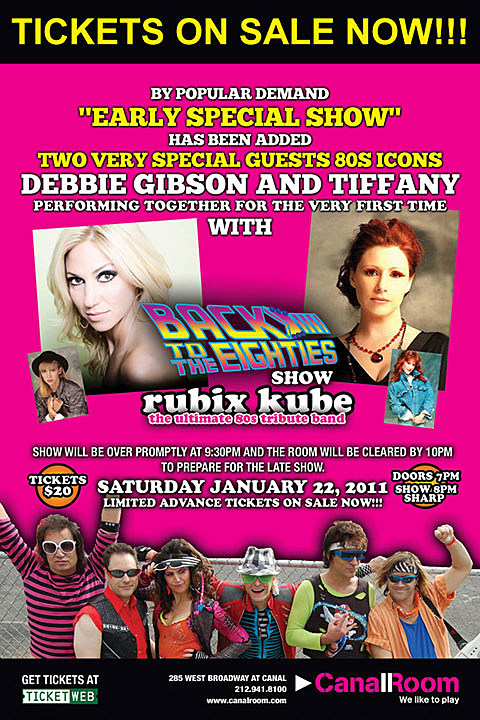