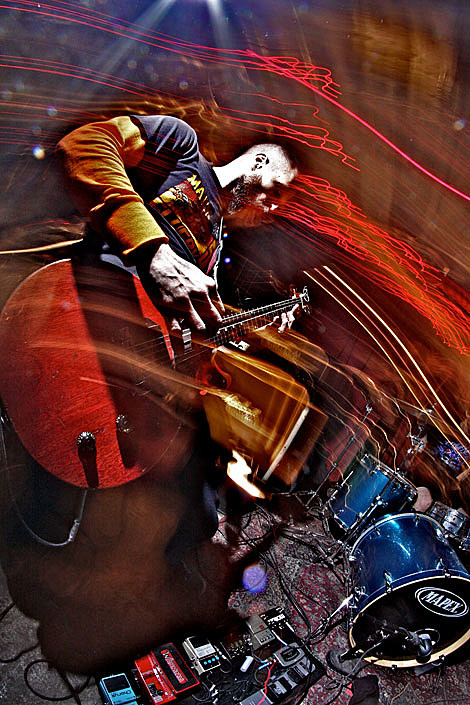 Twas a late night, but a successful one. Meek Is Murder intersected with the ongoing Tiger Flowers/March of Echoes tour, adding in Flourishing (mem-Wetnurse) and the great My America for a show at The Charleston on 2/19. I unfortunately had to skip out before Meek Is Murder played their set, but caught all of the stellar support.... 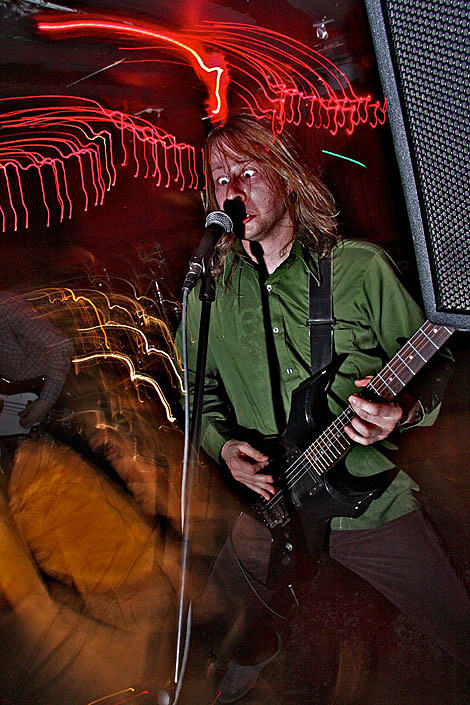 Flourishing opened the show with their dissonant, experimental deathgrind featuring Garett Bussanick of Wetnurse. Although his guitar parts with Wetnurse arent exactly a walk-in-the-park, I had no idea of the unbelieveable prowess of Bussanick on guitar and was even more suprised at his awesome voice. Intense blasting grind from these local badasses. Look out for their debut EP A Momentary Sense of the Immediate World due out on The Path Less Traveled on 3/30 and also look for them to play the 1000 Knives/BrooklynVegan presentation of Javelina, Howl, and Sea of Bones on 3/25 at Cake Shop. Full tour dates are below.

The award for my favorite new discovery though goes to My America for their scorching rendition of Louisville punk ala Breather Resist. Conjuring up Am-Rep punk with hardcore, the band was heavy, tight, and just plain incredible. Hopefully these guys will gig more in the future.

Norway's March of Echoes followed, and although I am a sucker for the post-metal blueprint (see Cult of Luna, Mouth of The Architect, Neurosis, Rosetta, etc), I will admit that the band did not blow me away. There were some riffs that I found undeniable, and their volume was unmatched that night.

Tiger Flowers are still one of NYC's best kept secrets, but hopefully, the band made some more converts with their blistering, chaotic, and dissonant hardcore. Gone were the nerves that I saw at Union Pool, replaced with heaps of confidence and sheer brutality. Intense performance, and intensely enjoyable. Seem them for yourself when they support Blacklisted at Union Pool as part of a BV/1000 Knives production (tickets).

A few more pics and some videos from the show, as well as some tour dates, continue below....

My America @ The Charleston 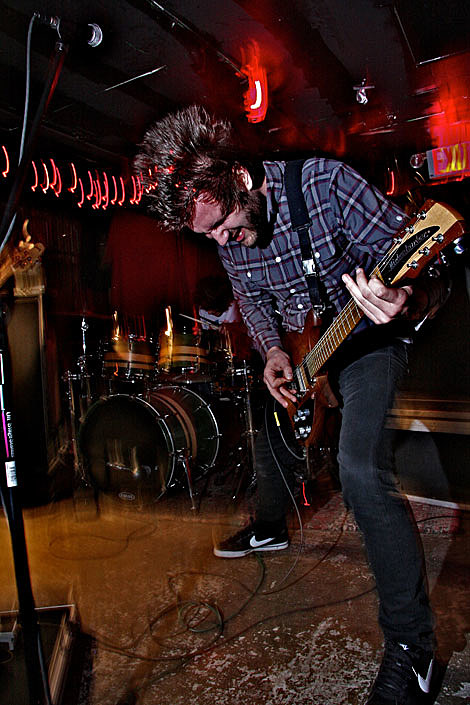 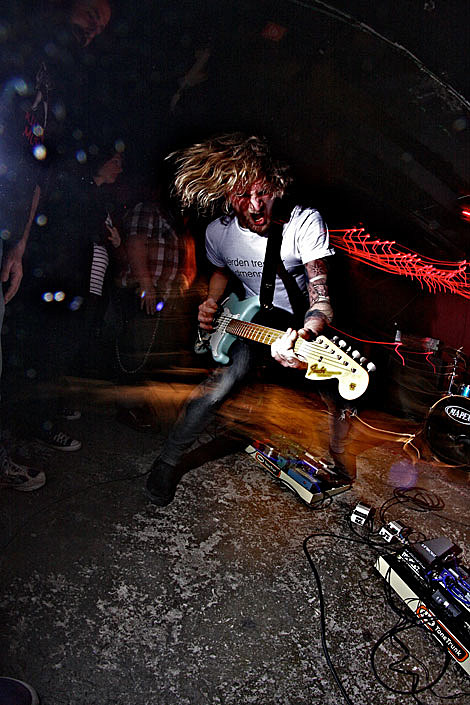 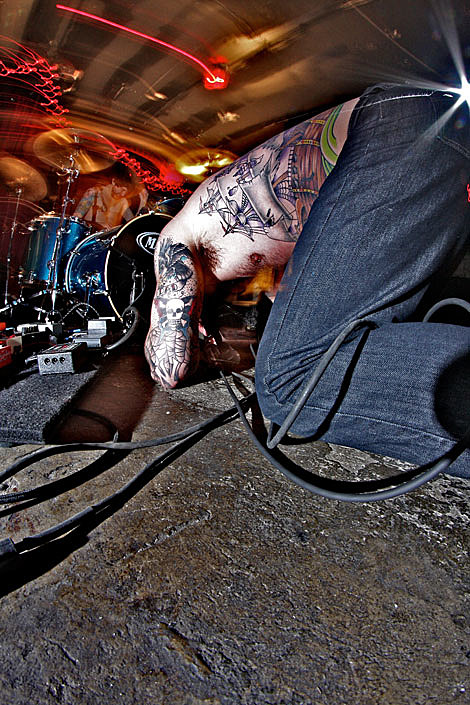 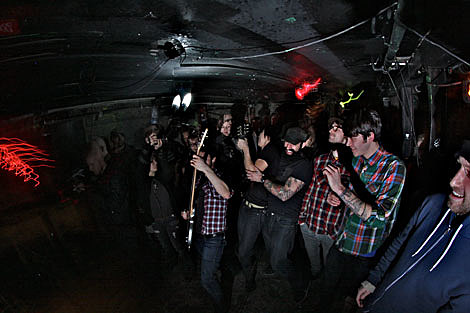 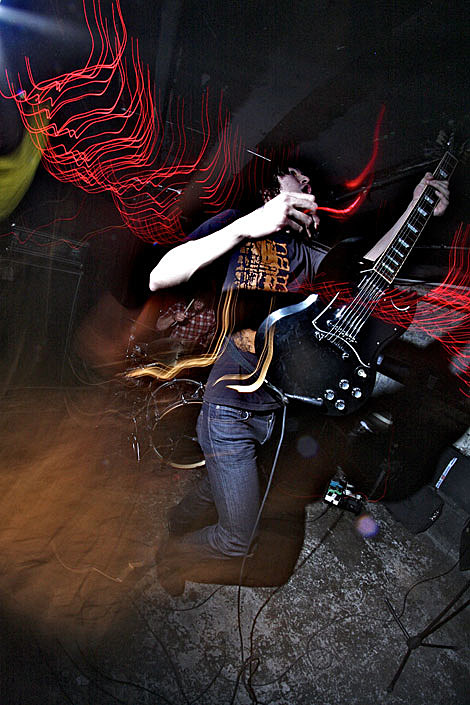 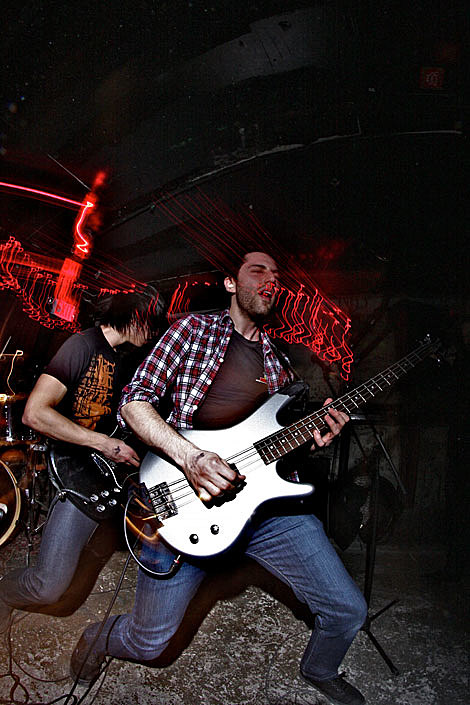 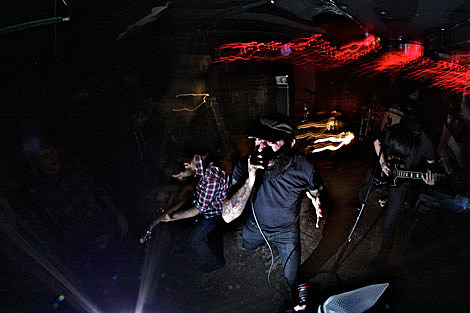