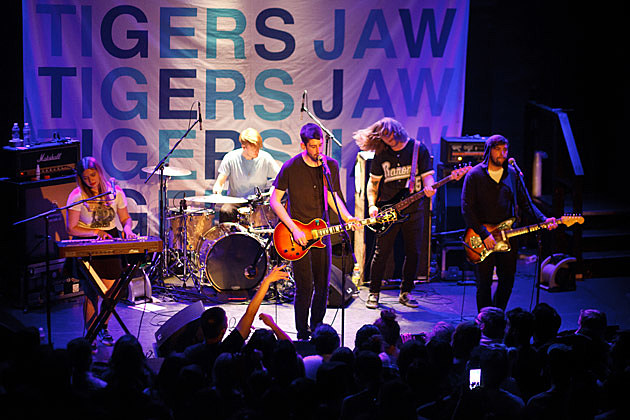 Scranton indie rockers Tigers Jaw were just in NYC on their tour with Lemuria and Somos earlier this month, and at that show they said they'd be playing a seated acoustic show at Le Poisson Rouge in June. That show has officially been announced, and will happen 6/27 at LPR. Tickets are on sale now. They've yet to reveal the full tour schedule, but a few other acoustic dates have been scheduled.

All known dates are listed, with a video of Tigers Jaw playing an acoustic set in 2013 (where they're introduced by Touche Amore singer Jeremy Bolm), below...