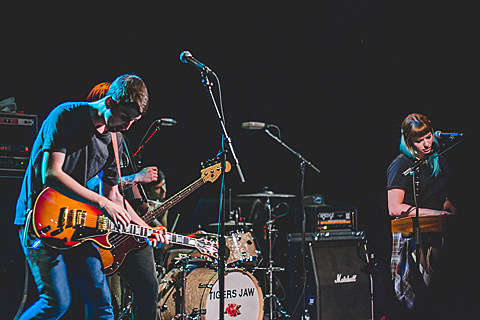 Last night (6/18), Tigers Jaw and Pity Sex brought their tour to NYC for a sold out show at Music Hall of Williamsburg. Pity Sex played to the largest and wildest crowd I've seen them play to in NYC, and it seemed like the band may have agreed with that. They looked genuinely amazed at the packed crowd's reaction, which included tons of people singing along, a lot of stage diving, and a few push pits too. The crowd at one point also started a "PIH-TEE SEX" chant like they were at a football game. Pretty nuts for what you could basically call a shoegaze band.

Then Tigers Jaw headlined, playing a ton of their great new album Charmer (which came out two weeks ago) and older cuts as well. As you may know, Tigers Jaw had some lineup changes before the new record, leaving Ben Walsh and Brianna Collins as the only original members, but former member Adam McIlwee did contribute lead vocals to many of Charmer's songs. Needless to say, this left some doubt as to how they would come off live without him, but Ben handled his parts expertly and more than met expectations.

I'm personally a bigger fan of the mopier Charmer than anything else they've done, but the older cuts sounded just as good as the new ones last night. They even sort of worked them out to sound a little more like Charmer. A song like "Plane Vs Take Vs Submarine," which recorded is a scrappy emo-folk song, last night sounded as crisp and full as show highlight "Slow Come On" from the new record. Ben and Brianna's harmonies were as sharp live as they are on record too, especially on "Hum," another highlight of the show and one where Brianna's voice truly gets to shine.

Pictures of the show, including openers Loose Planes (who I missed), are in this post. Petal was also supposed to open but had to drop off due to a family emergency.

You can catch Tigers Jaw in the NYC-area again when their tour with Touche Amore hits Revolution on July 15 (sold out), and Pity Sex will be back when their tour with Basement hits Webster Hall on August 19 (tickets). Basement also recently announced a new EP, Further Sky, which will be out on July 29 via Run For Cover. Stream the very promising lead track "Summer's Colour," below.

In less positive news, some dude jumped on stage during both Pity Sex and Tiger's Jaw's sets, and tried to kiss Britty Drake of Pity Sex and Brianna of Tigers Jaw. (The same dude both times.) Tigers Jaw kept playing but as soon as the song ended, Ben from the band called him out and said, "To the fucking asshole who just tried to kiss her, you can probably leave right now." After the next song he continued, "It's a violation of someone's personal space." And Brianna added, "Just because I'm up here and I'm a girl, does not give you the right to touch me." The crowd cheered both of them on and responded to the dude who did it with an "asshole" chant. Britty has since tweeted, "Sucks that a culture of entitlement has engrained that its cool to kiss nonconsenting strangers so well that he didn't know what he did wrong," and Brianna released a statement to her band's tumblr. According to a venue representative, the person was eventually kicked out of the show. Some depressing pictures of the incident are over at Nerve.

Read her statement in full, with more pictures, TJ's setlist from MHOW, and the new Basement song, below... 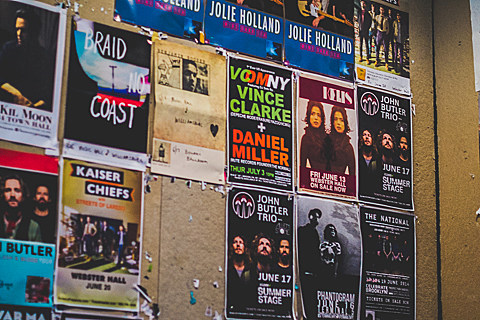 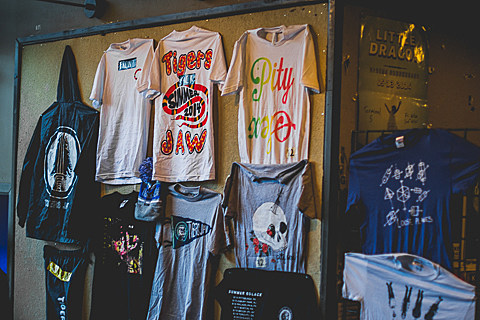 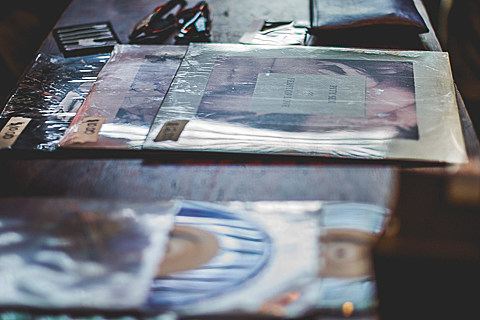 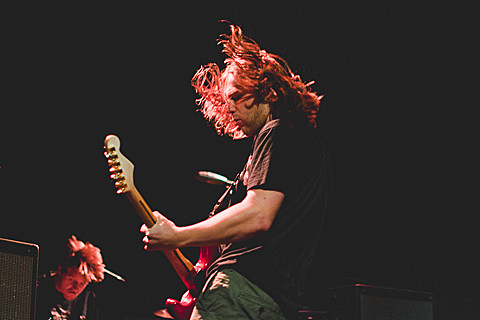 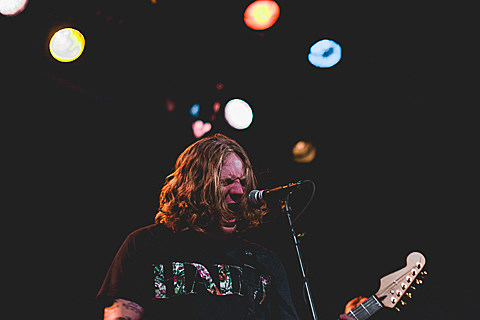 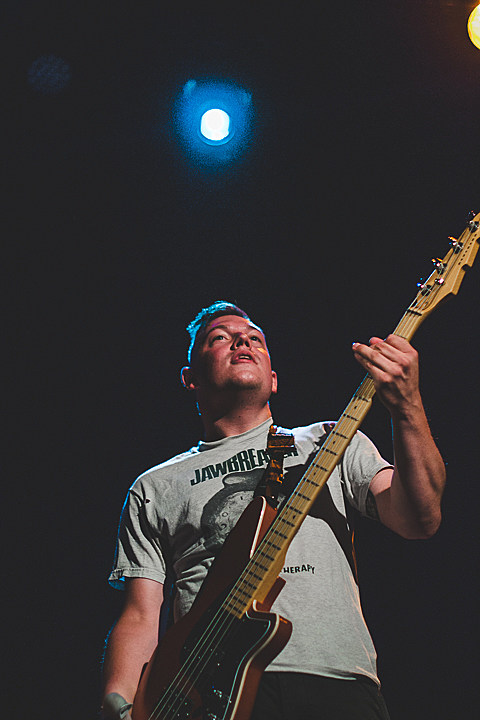 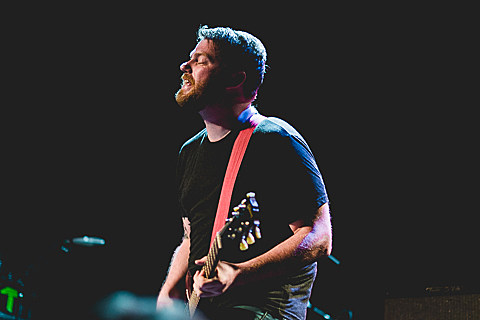 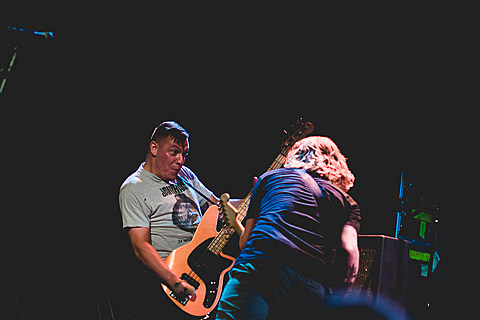 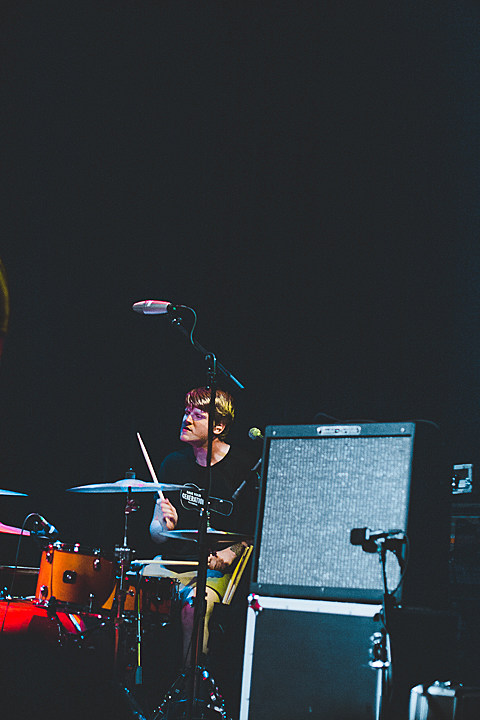 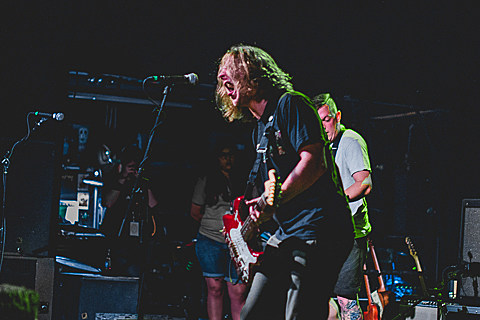 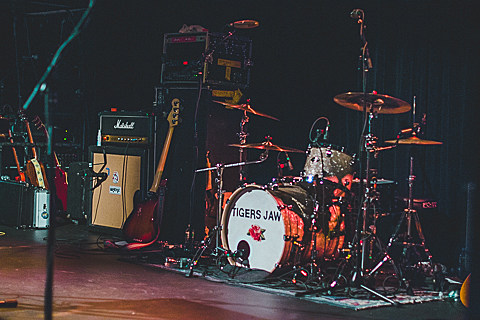 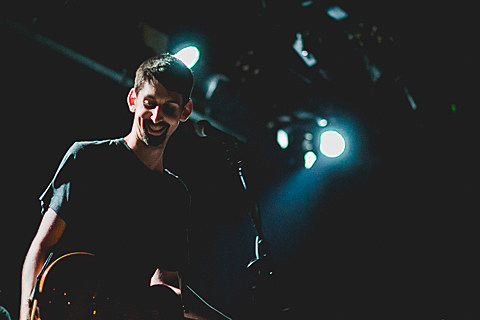 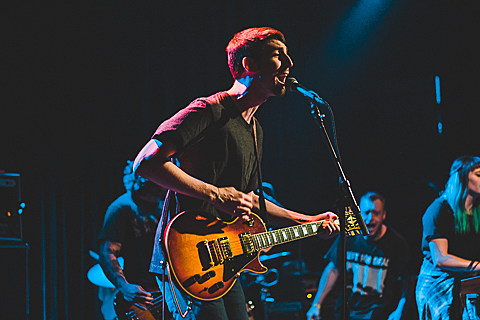 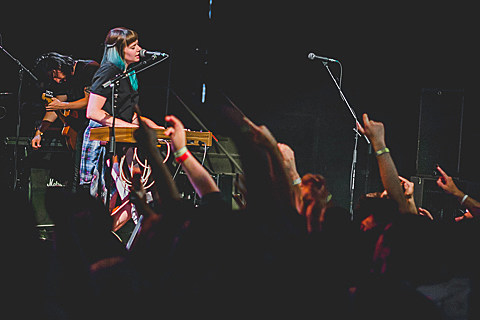 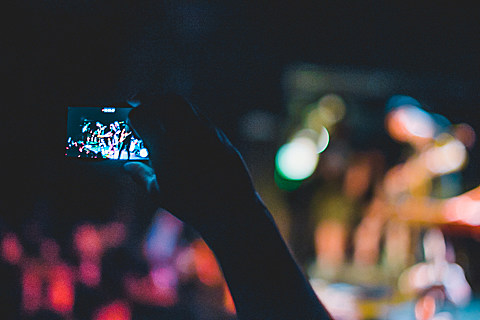 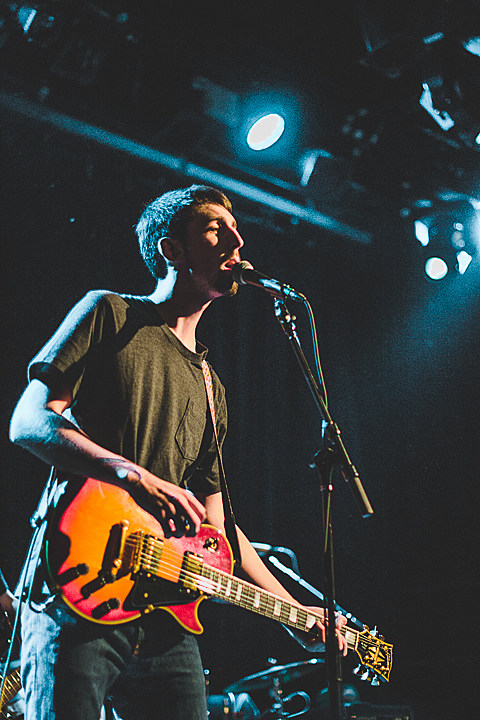 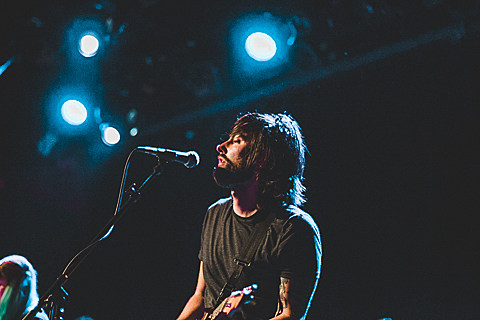 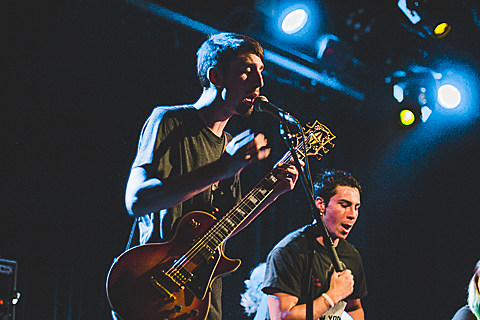 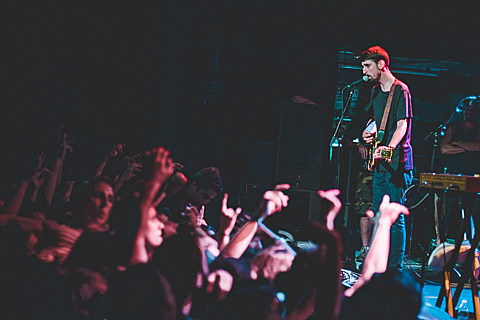 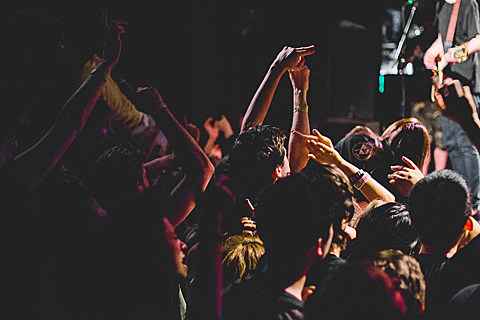 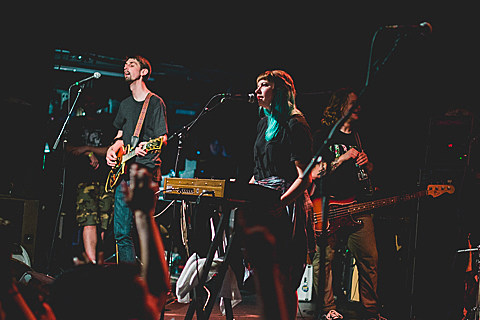 Last night at the Music Hall of Williamsburg, someone came on stage and very forcibly tried to kiss me, and actually did kiss Britty while she was playing. Another person from the tour was kissed while taking a photo... This tour is the first time something like this has happened to me, and I want to directly address it.

IT IS NEVER OKAY TO TOUCH SOMEONE WITHOUT THEIR CONSENT. Ever. I felt so upset and violated, as did the others who this happened to.. Touching someone without their consent is not only upsetting for that person, but is also a crime. We all need to respect each other's space -- whether it's someone in the band or someone crowd surfing. I just want to play music with my friends and I shouldn't have to be worried whether or not every person stage diving is going to do something like that. I don't want it to come down to having to say that there's no stage diving allowed at our shows, but if stuff like this keeps happening and I feel unsafe and uncomfortable when we play, I don't know any other solution.

So please - DO NOT EVER touch/kiss/grab someone that has not given you consent to do so. You are not entitled to that no matter what the situation is. Be a decent human being and keep your hands to yourself.
- Brianna