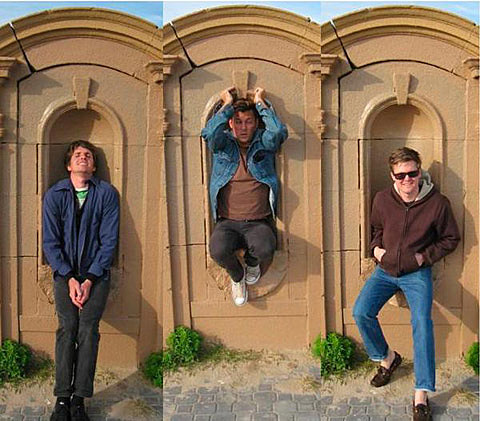 Long Beach, California trio Tijuana Panthers are about to embark on their first East Coast tour which hits Bruar Falls on Sunday (12/19) and Cake Shop on Tuesday (12/21).

These guys are pals with The Soft Pack and evoke a similar -- if less aggressive,  more party-oriented -- style of '60s surf rock. You can listen to the entirety of Tijuana Panthers' self-released debut, Max Baker, via a widget at the bottom of this post. Good stuff. They also just released a new 7" on 1928 Recordings, the home of the Soft Pack when they were called The Muslims. Labelmates Gray Goods (who are also very good) share the bill at the Bruar Falls show.

All Tijuana Panthers East Coast tour dates, plus a video for "Creature" and the streaming player are below. 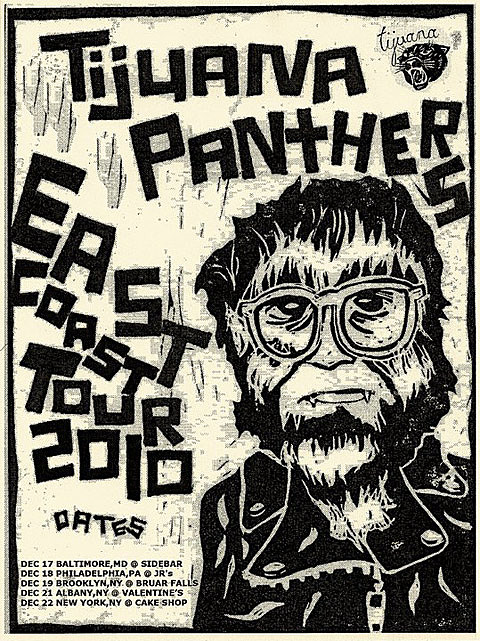