A smidgen of the shit thrown at tila, pic from back stage (BrockSleezy) 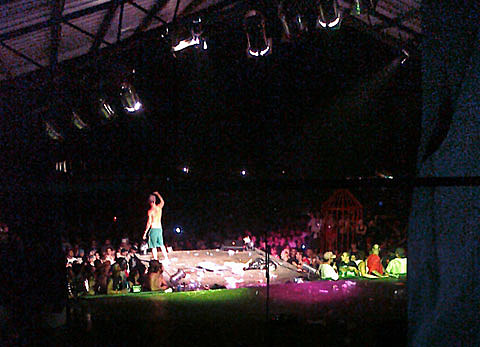 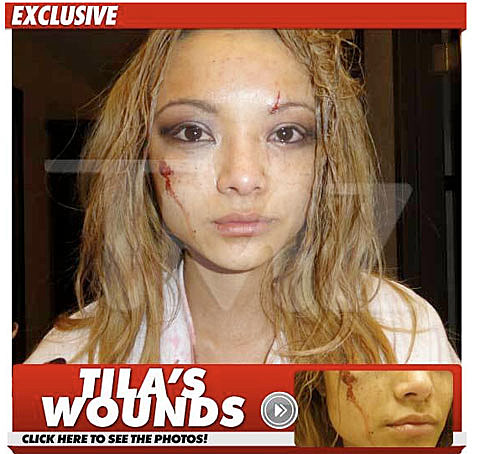 A wrestler who was performing at the Gathering of Juggalos tells TMZ ... TIla Tequila literally had to stand behind a wall of security guards while on stage -- and not even flashing her breasts could stop the onslaught.

Colt Cabana -- formerly of the WWE and currently wrestling with ROH (Ring of Honor) -- tells us that halfway through the chaos, Tila ripped off her top to try and distract the crowd. But, he says, that only worked for about a minute before they all went back to throwing stuff at her.

Cabana says the ordeal lasted about 15 minutes. A security guard told him someone had a watermelon that had been fermenting in urine and feces for two days and that they had been saving it all weekend for Tila. No word if the watermelon connected.

Cabana tells us it was his first year wrestling at the event and he loved it, adding the highlight was seeing Vanilla Ice perform "Ninja Rap" from the "Teenage Mutant Ninja Turtles II: The Secret of the Ooze" soundtrack. Yes, really. [TMZ]

Videos of the topless(?) Tila Tequila being attacked at this weekend's Gathering of the Juggalos festival, and other fun stuff, below...

Maybe she should have learned her lesson from:

Gallagher, not getting thrown stuff at him at the same fest

THE GATHERING OF THE JUGGALOS 2010 JELLYROLL PERFORMANCE