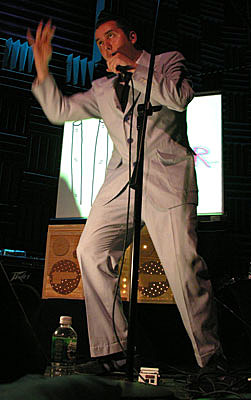 After hearing the MP3s Tim Fite has posted on his website, I made it a point to check him out Sunday night (July 17th, 2005) at Joe's Pub in NYC. He was opening for Nicolai Dunger (who I would of not seen otherwise, but was very happy I did). Tim delivered. The proof came when the almost-capacity Joe's Pub crowd demanded "one more song" of the opener. He and Joe's Pub avoided a small riot by complying.

Tim's setup included his "brother" on electronics and back-up vocals, a guitar, two mics, a bunch of pedals, a video screen and a big wooden boom box. The video show was especially clever. Lyrics, animation, and videos of Tim himself accompanied the songs perfectly. 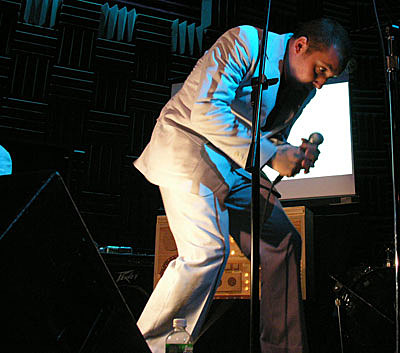 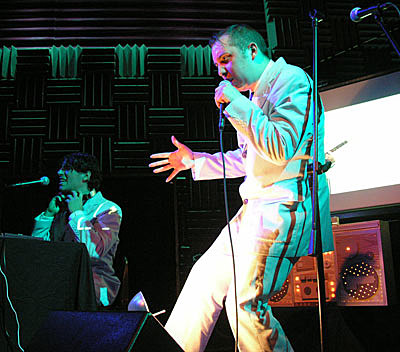 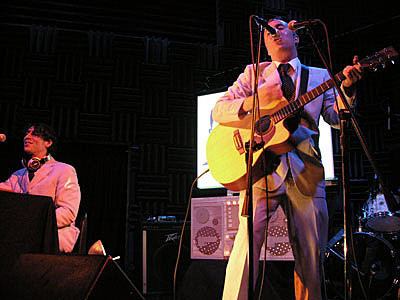 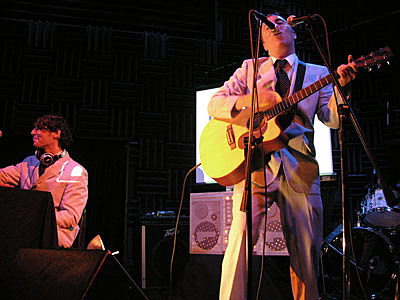 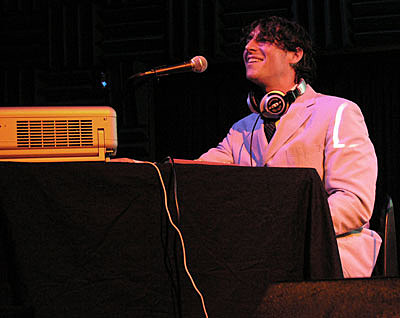 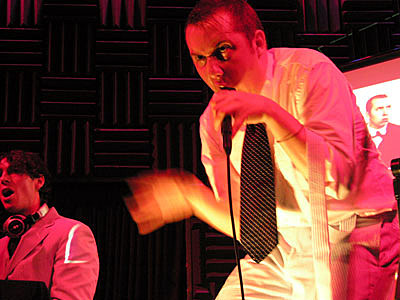 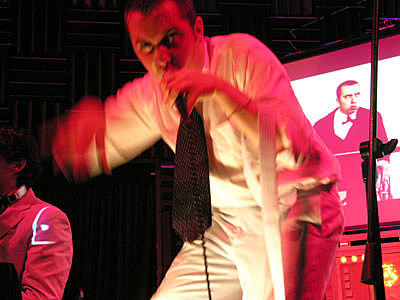 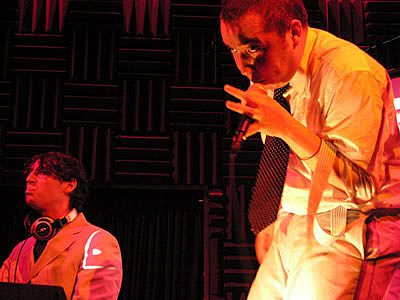 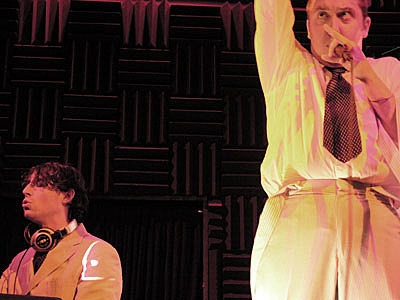 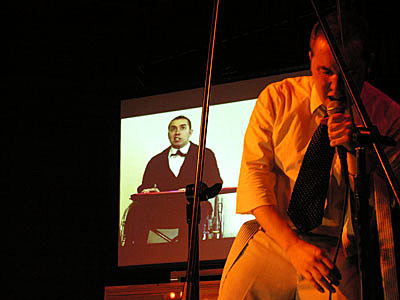 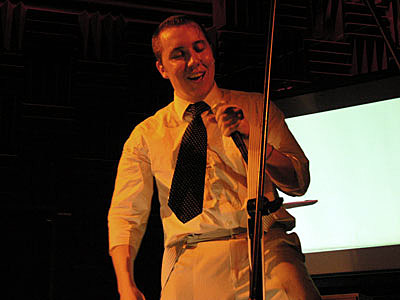 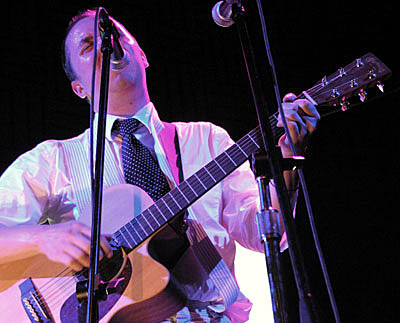 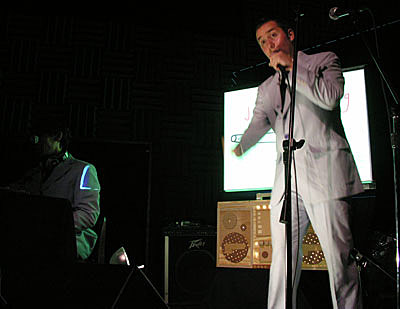 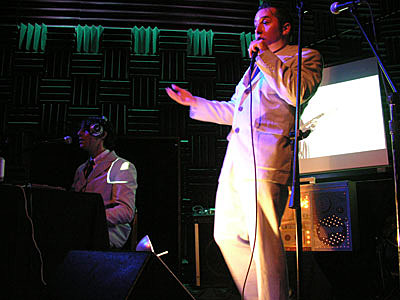 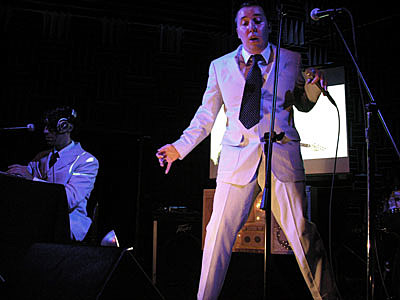 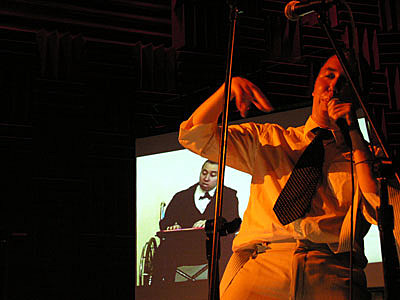 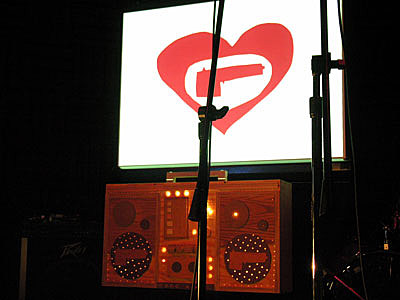 Some People might remember Tim as Little T of Little T and One Track Mike.

Tim's upcoming shows include an August 4th appearance at Middle East Club in Cambridge, MA and a show at CMJ (no details on that one yet)