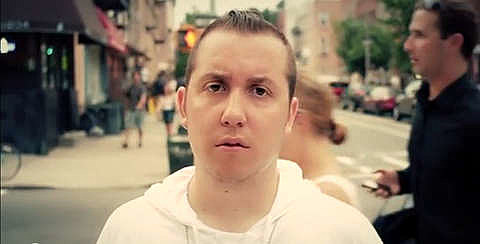 Tim Fite released his tenth solo album, Ain't Ain't Ain't, back in March, the last of his "Ain't" trilogy. (Gone Ain't Gone and Fair Ain't Fair being the others.) He just released the video for the album's new single, "Bully," and in it he plays a bike salesman/thief who peddles his wares all over Williamburg. Let the buyer beware, but in this case it may be the seller who should watch out. You can watch the video below.

Tim's got a couple NJ shows coming up, both of which are with O Death: Asbury Lanes on May 25 and May 26 at Maxwell's (tickets) that the Amboys play as well. O Death (minus Tim) also play Glasslands on June 9 with Pop. 1280 and the Colin L. Orchestra (tickets).