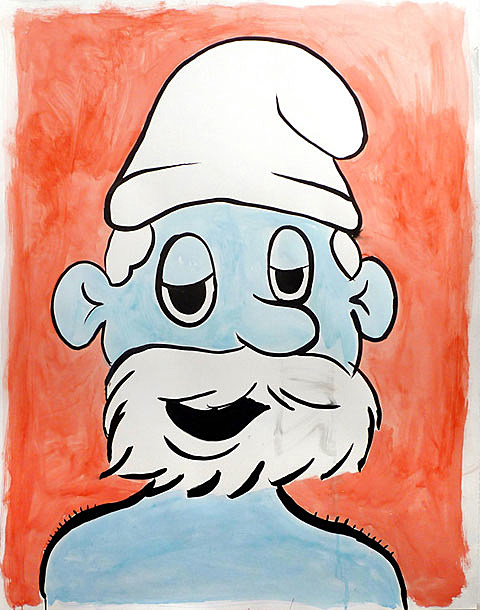 Want a piece of art by the Les Savy Fav frontman? Want it for free? Keep reading...

So, it's the end of 2011 and my studio is full of drawings. I want to give twelve of them away. Starting January first I'm inviting anyone interested in getting a drawing to send an email to free2012@harringtonandselves.com to let me know which you want (They are numbered). On the 20th of January I'll be choosing the recipients at random. You'll have the work by mid February.

•In your email remember to include the address where you'd like the work sent. I'd prefer for it to just appear at your home rather then announcing who was chosen.
I'll announce after everything is sent so all those looser suckers stop sitting by their mailboxes.

• Everything in this image is to scale with itself in the zoomable image above. There are some rulers drawn in so you can figure how big what is. The largest images are 38.5?x49?.
So, don't ask for a big one if you live in a matchbox and plan to just leave it rolled up.

• If I pull your name and the piece you want is gone then, sorry, I'm pulling another name. You can list as many as you want but I'm only considering the first number.
Though I'd be eager to know if you like some series better then others.

•Those rubber lines are just that. You get a length of rubber and some tacks.

P.S.
I'm currently representing myself and am looking for opportunities to participate in gallery shows as well as illustration projects. Starting... now.