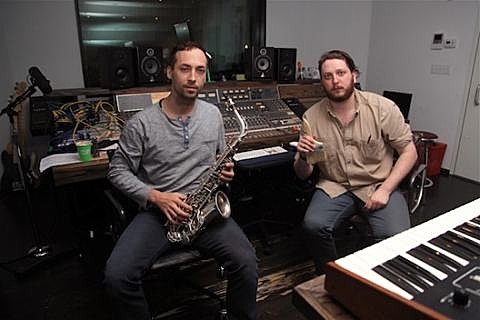 As you may remember, Tim Hecker and Daniel Lopatin and collaborated last year on the album Instrumental Tourist that was released on Mexican Summer's electronic imprint, Software. If you haven't heard the blissed-out soundscapes contained therein, you can stream the album via Spotify below.

Lopatin and Hecker will perform together for the first time at downtown Brooklyn spot Roulette on May 12. The show also features a set from Co La whose new album, Moody Coup, will be out on Software on May 7. You can download an MP3 of "Melters Delight" at the top of this post and watch the video for "Deaf Christian" (the song for which features Angel Deradoorian on vocals) below.

Tickets for the Roulette show are on sale now. Streams and video below.