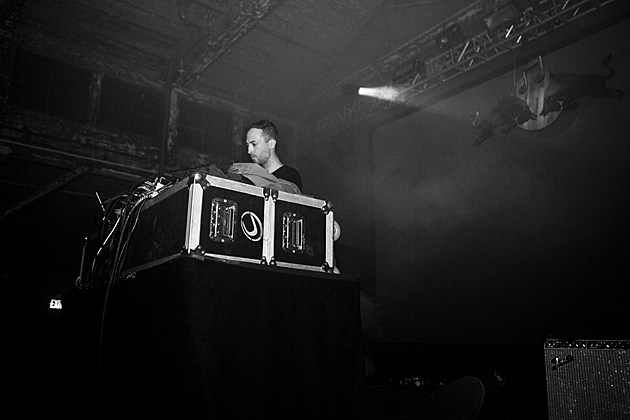 As previously discussed, Pitchfork's Show No Mercy and Blackened Music are presenting a new music series called Tinnitus, which kicks off with Ben Frost in NYC on October 18 at The Wick. Since we last spoke, ambient pop artist Julianna Barwick and dark ambient artist Oneirogen were both added. Tickets are still available.

It's also since been announced that the next one happens November 12 at The Wick with drone great Tim Hecker (who just played Basilica Sound Scape, another event curated in part by Pitchfork's Show No Mercy) headlining. Avant-guitar wizard Loren Connors (also known as Loren Mazzacane Connors) (and who has worked with Jandek, Alan Litcht, Kath Bloom, Thurston Moore, etc) and experimental pop artist Circuit des Yeux (aka Haley Fohr) are opening the show. Tickets are on sale now.

Tim Hecker and Circuit des Yeux both have other dates too. All are listed below...