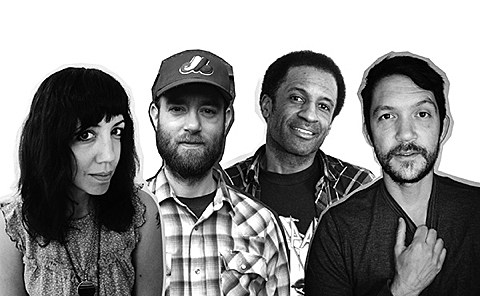 Already this year, Tim Kasher has gone on a Cursive tour playing The Ugly Organ in full and contributed to the new Desaparecidos single, and now he's teaming back up with his band The Good Life for their first album in eight years. It's their fifth overall, it's called Everybody's Coming Down, and it will be out on August 14 via their longtime home Saddle Creek. It was mixed by John Congleton, who opened that Cursive tour and worked recently with Swans, Cloud Nothings, Angel Olsen, St. Vincent and more.

Stream the first single "Everybody," and check out the artwork and tracklist, below (via Pitchfork).

The band will begin a tour the day after the album's release at Maha Music Festival in their hometown of Omaha, and continue through September hitting various US cities with support from Big Harp, the band of The Good Life's Stefanie Drootin-Senseny with her husband Chris Senseny and drummer Daniel Ocanto, who have both worked with other Omaha bands (Tilly and the Wall and Icky Blossoms, respectively).

That tour hits NYC on August 27 at Bowery Ballroom. Tickets for that show go on sale Friday (5/29) at noon. All dates are listed below.

Earlier this year, the band reissued Novena on a Nocturn, Black Out and Album of the Year, along with demos. You can pick up the reissue bundle at the Saddle Creek webstore.

Speaking of Desaparecidos, their tour hits NYC on 6/25 at Shea with The So So Glos, 6/26 at Rough Trade with The Bandrodiz, and 8/6 at Webster Hall with both of those bands. Tickets for Webster are still available but the other two are sold out. 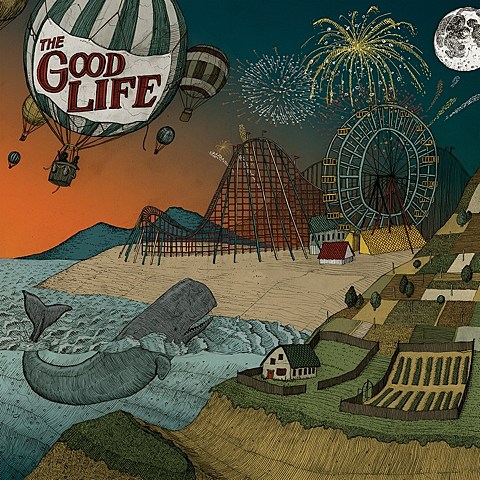