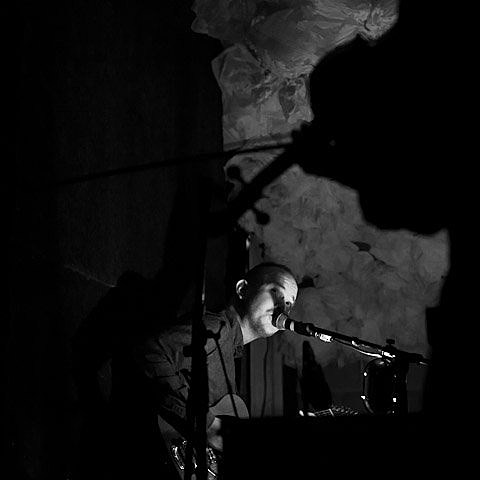 Though I can't comment on the first opener, Baby Alpaca, since I didn't get to see them play, the remaining artists on last Thursday night's bill at Glasslands were united by dark undertones and beautiful vocals - a winning combination in my book. I knew I recognized the name Angel Olsen, but it wasn't until I arrived at the venue that I suddenly remembered that she had been the beguiling chanteuse from Will Oldham's side project, The Babblers.

Stripped of Oldham and placed in front of a talkative crowd, Olsen may have lost a touch of luster, but her richly complex voice was no less arresting, and it was nice to see her in the spotlight. Though she often delves into a lower range, Olsen also shines when - with a charming warble in her voice - she suddenly jumps to a higher register. (Let's just say if I had a voice like that I'd never speak. Just sing.)

I can't say the crowd got much better when Snowblink played, but somehow, the duo managed to maintain their composure even when some kid near the front puked near the end of their set. "Yo, is this guy ok?" singer/keyboardist Daniela Gesundheit broke in, mid song. She and her partner continued to play at a hushed volume. "Ok. We've got a buddy down, so everyone send him some nice feelings," she gracefully said before beginning to sing again.

Fitting for a musical project that got its start in LA before relocating to Toronto, Snowblink's sound seems to be just as appropriate for candle-lit winter nights as it is for lazy summer lounging. Gesundheit's vocals are inherently sweet and innocent, and her interplay with soft-spoken guitarist/vocalist Dan Goldman is pretty charming, too. Highlights of the set included the sparse but no less catchy "Rut & Nuzzle" and a surprisingly good cover of the Dolly Parton hit, "Jolene," which featured especially strong vocals from Gesundheit.

By the time the delightfully sinister tones of Timber Timbre began to resonate through the room, the floor was fairly packed. (Luckily, the puke had been mopped up and the strong odor of cleaning products lingered to mark the spot.)

The majority of Timber Timbre's set consisted of material from their recently released album, the aptly named Creep On Creepin' On. Other orchestral indie folk groups like Lost in the Trees may be delving into similarly dark places through moody instrumentation and surprisingly grim lyrics, but Timber Timbre takes the macabre a step further, thanks to Taylor Kirk's distinctively chilling vocals.

Given the talent of the group and the uniqueness of their sound, it's surprising that their music hasn't caught on as much in the States as it has in say, Canada or Europe, but I suspect it's only a matter of time before they graduate from Glasslands.

Timber Timbre heads back out on tour in May and June. More pictures and their setlist from the Glasslands show, below... 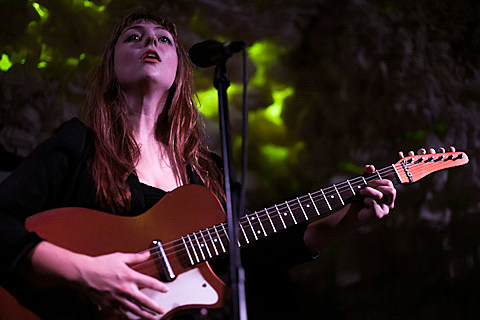 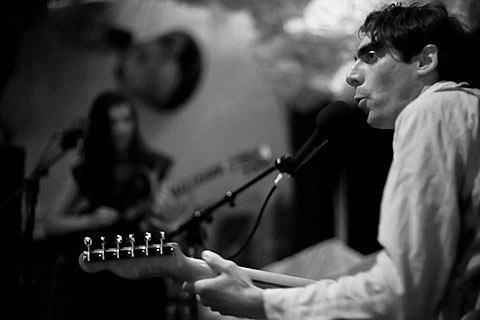 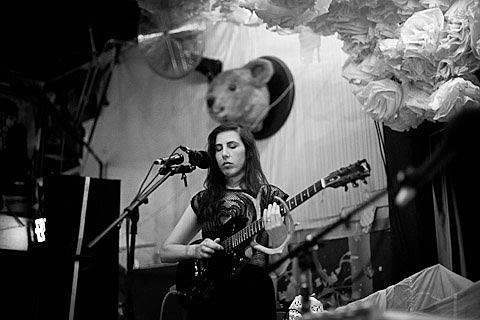 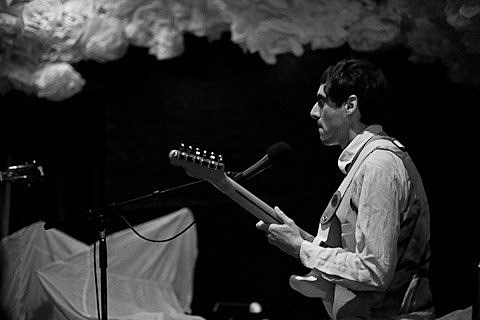 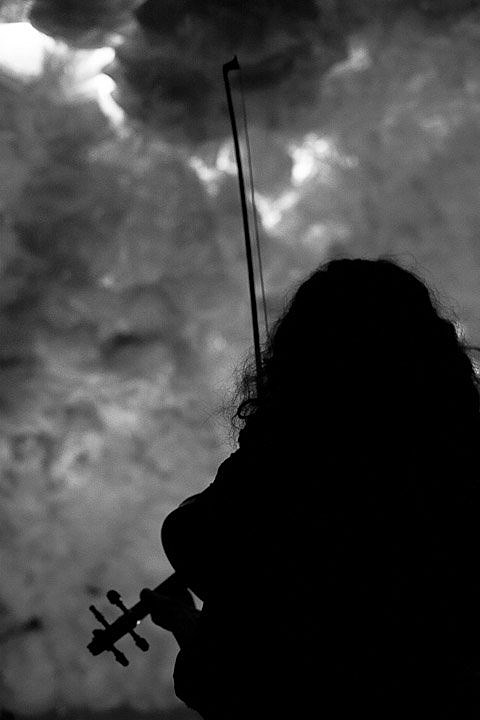 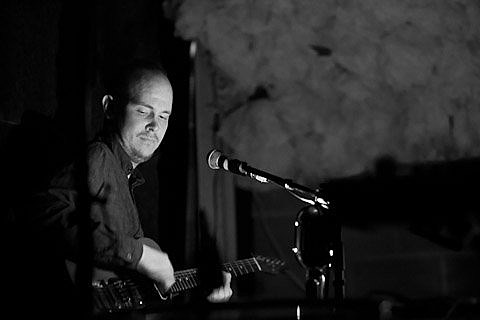 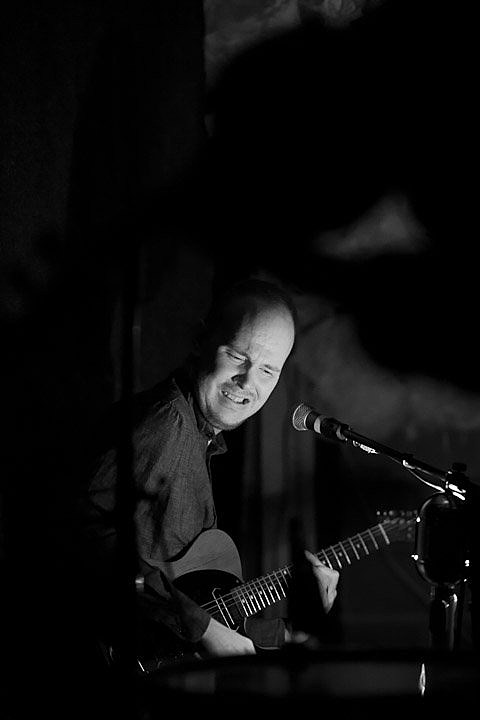 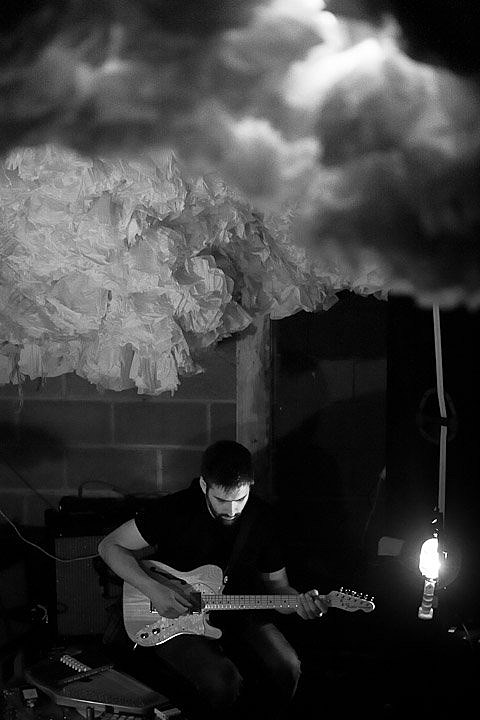 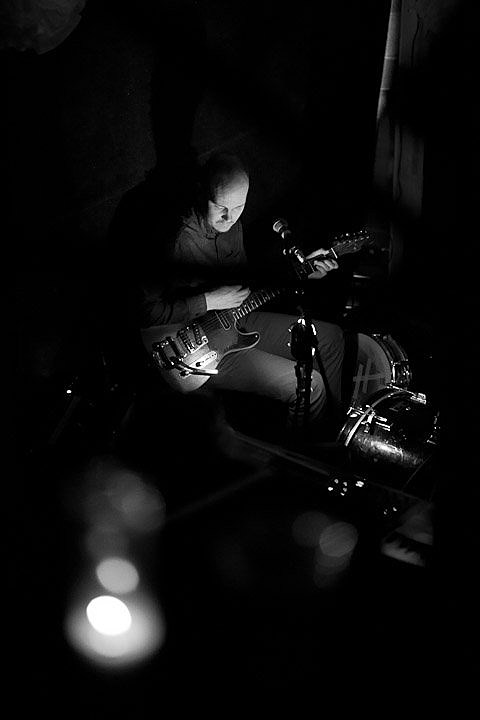 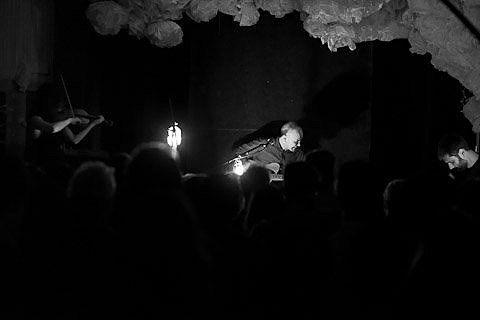