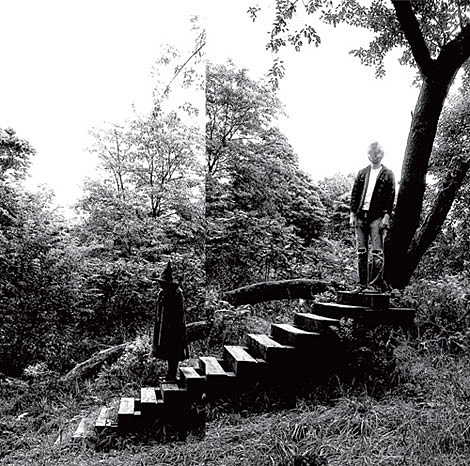 Timber Timbre, the project of Torontonian Taylor Kirk, released their third album and US debut, a self-titled release on Arts & Crafts in June. The band was on the label's CMJ showcase at Union Pool on October 22nd along with labelmates Still Life Still (who just announced a tour with Wild Beasts), Zeus and others.

They play live as a trio, with Kirk's guitar, kick drum and M. Ward-style vocals boosted by violin and lap steel. Their current tour comes to NYC's Joe's Pub on Friday, November 20th (tickets are on sale). One day later they head upstate for a show in Alfred before making it back into Canada for a gig in Montreal.

Timber Timbre played KRCW in Santa Monica, CA, just before Halloween. A video of that appearance with other videos all tour dates below...