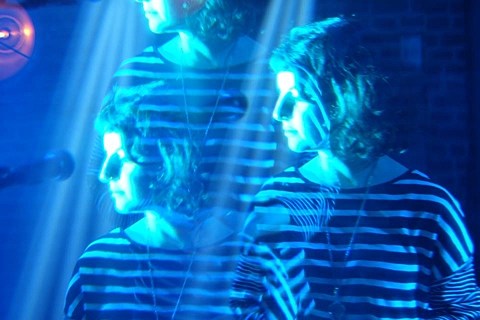 Montreal chamber pop artist Patrick Watson is on tour now in support of this year's Love Songs for Robots, and it wraps up with NYC and Philly shows this weekend. Since we last spoke, those shows got pretty awesome support: solo sets from fellow Canadian TImber Timbre frontman Taylor Kirk (billed as "Timber Timbre solo").

The NYC show is tonight (12/11) at Irving Plaza and Philly is Saturday (12/12) at Underground Arts. Tickets for both shows are still available. Timber Timbre last released Hot Dreams in 2014.

In related news, Timber TImbre violinist Mika Posen has a new-ish project called Merganzer, and released her debut album under the moniker, Mirror Maze, last month. It's dreamy, downtempo pop that you'll probably dig if you like the other artists that this blog post is about. She put out the video for its title track (dir. Timothy I. Smith) this week. Watch that, and stream her whole album (via Exclaim) below.

Mirror Maze from Timothy I Smith on Vimeo.