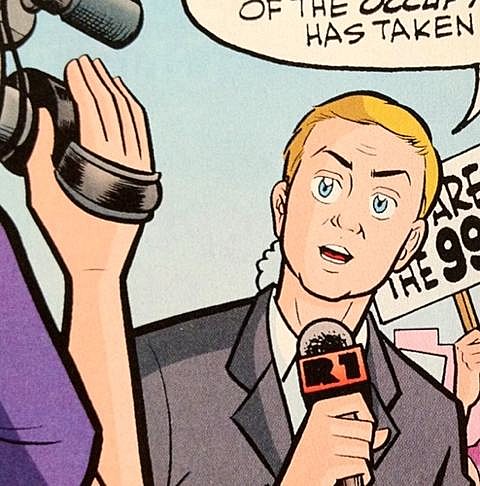 NY1 anchor Pat Kiernan's popular Trivia Challenge series at The Bell House happens next Wednesday (3/20) with a special "'90s Vs. '00s" edition. Tickets are still available but you might want to act soon -- these always sell out.

In related, disconcerting news, it looks like NY1's parent corporation, Time Warner Cable, is may be doing some sprucing up to the beloved all-NYC news channel, including new theme music, and changing its name to TWC News. Why would they do this? The Daily News reports:

"Our news outlets have grown tremendously in recent years," Time Warner Cable spokeswoman Amy Summers said in a prepared statement. "Our research shows that people who watch our stations, such as NY1, are loyal viewers, yet most people don't understand their connection to Time Warner Cable. It is for these two reasons that we're embarking upon a rebranding project that will take the better part of a year."

A Time Warner source said company brass believes customers do not realize that when they ditch the cable company for Verizon or satellite providers they are also ditching the news channel.

Not sure why they would want to change something NYers love to something associated with a service that is generally loathed (at least by Patrick Stewart) but that's marketing departments for ya.